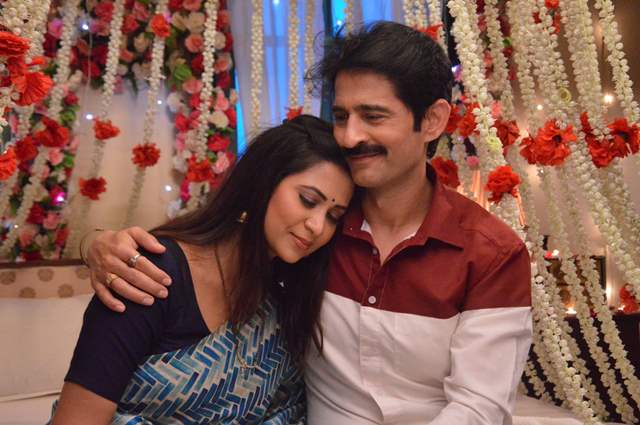 Madhu and Mahesh Pandey's "Gupta Brothers" took an unexpected turn recently. After the brothers parted ways because of Ganga, she was slowly able to gain their love and trust, especially after the fire broke in their house and she tried to save Rajat, Veeru, and Alok while putting her life in danger.

After a 15 days leap, we will see Ganga back home all hale and hearty. And since post Shiv's wedding, there has always been a commotion in the house, the three younger brothers decorate the house for Ganga and Shiv to celebrate their wedding night. On that night, Ganga asks Shiv for a promise that they will never have their own kids, and this brings her even closer to Shiv.

The show will take another big leap of six months. In the new track, the audience will see Jaya confessing her love for Alok to Ganga. And though there has been a rift between Jaya's family and Shiv's family, Ganga somehow manages to get Shiv to agree on Jaya and Alok's marriage. But, Ganga learns that Alok is in love with someone else. A new character, portrayed by Aishwarya Raj Bhakuni, will enter the show as Alok's lady love.

Meanwhile, Jaya also comes to know about her mother's truth that she was the one who tried to create differences between the Gupta Brothers. How will she react to this? Will she forgive her mother for using the wrong ways to get Alok on her side.

The new episodes will also show how Alok's love story moves forward. Will he marry Jaya or will he tie the knot with his lady love?

Gupta Brothers is going quite strong and is being appreciated by the audience for keeping the story real and engaging. The show, produced under Mahesh Pandey Productions, features Hiten Tejwani, Sonal Vengurlekar, Parineeta Borthakur, Akash Mukherjee, Satya Tiwari, Meet Mukhi, and Rinku Dhawan. It airs on Star Bharat.