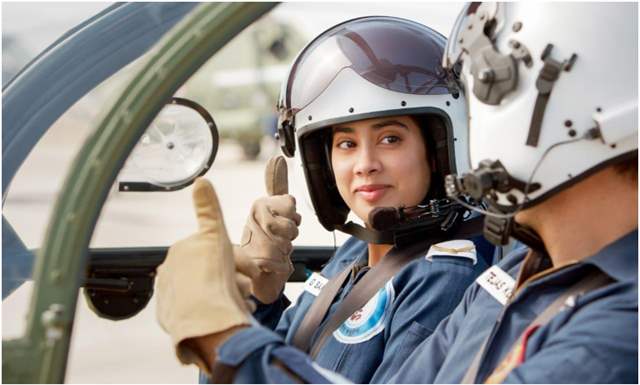 Rotten Tomatoes, the renowned American review aggregator website for films and TV, has given Bollywood film Gunjan Saxena: The Kargil Girl starring Janhvi Kapoor and Pankaj Tripathi a 100% Fresh status. Its Tomatometer, the world’s most trusted recommendation resource for quality entertainment, bases its rating on opinions of film and TV critics and represents the percentage of positive reviews by these professionals for any release on cinema or television. It also considers the viewers’ sentiments.

The Tomatometer has favored Sharan Sharma directorial based on the Kargil War veteran and IAF Flight Lieutenant Gunjan Saxena, with the rare distinction of a 100% Fresh status. While several films are Certified Fresh, hardly any get a 100% rating.

Rotten Tomatoes gives its subscribers a glimpse of all the Fresh reviews of Gunjan Saxena: The Kargil Girl by quoting the some of the top critics both from India and internationally.

randomosity 2 months ago Daal mein auch Kala (really good movies also do not get such reviews) - Paid reviews for sure.

msin 2 months ago Paid reviews for Gunjan Saxena only critics who are being given money will watch the film .. common public will ignore it .. not a dime on kJo