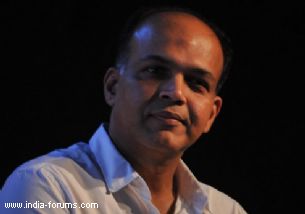 Director Ashutosh Gowarikar, who was assisted by Saad Khan in 2010, has tagged his protg's debut film "Station" as "gritty" and "very high on energy".

"I am proud that Saad, who was my assistant in direction on 'Khelein Hum Jee Jaan Sey', is now making his debut with 'Station'! I found the film very exciting. It is gritty, stylishly shot and very high on energy! And the performances are extremely nuanced and natural. I surely want to visit the 'Station' again," Gowarikar said in a statement.

The crime thriller, which features Sameer Kevin Roy, Siddhanth K.S. and Kanika Batra, among others, is about three psychotic assassins sent to carry out a job at a waiting room on a deserted railway station.

Rajiv Kapoor was excited for his ‘acting comeback’ with the Ashutosh ...