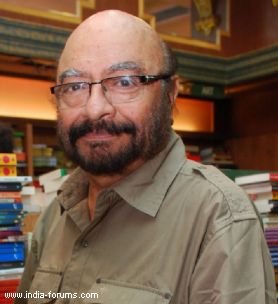 Filmmaker Govind Nihalani will head the jury of the forthcoming three-day Ladakh International Film Festival (LIFF) 2014 to be held from June 27 in Leh in the Jammu and Kashmir region.

"I have been involved with LIFF since its inception and it is wonderful to see it attract so much attention and appreciation in just its third year.

"It has been a pioneering effort to conceive and execute a film festival in a terrain such as Ladakh, and to expose Ladakhi filmmakers to some of the best movies and filmmakers from across the world," Nihalani, who has helmed movies like "Thakshak" and "Dev", said in a statement.

"Ladakh had a fledgling film industry, which has galvanised itself post LIFF and enthused the local filmmakers to dream big. Additionally through LIFF, filmmakers in India and abroad have also had the chance to explore Ladakh as an exotic destination for film shoots.

"With the administration pitching in with better facilities, it will be a big boost to local business with more filmmakers choosing Ladakh as a viable option. LIFF has slowly established itself as a film festival to reckon with and I am glad to be part of the jury with other eminent international film personalities," he added.

This year's focus will be on Korean cinema, with contemporary Korean films taking centre stage.

"We have selected about 72 films for screening from over 700 entries received across 30 countries," said Melwyn Williams Chirayath, founder and festival director, LIFF.

"I will get my Head Chopped but won't bend down": Kangana Lashes Out; ...