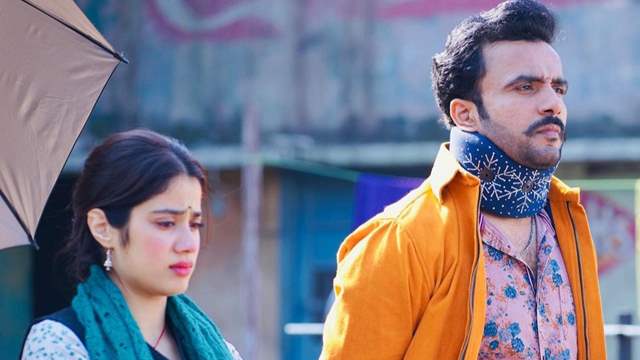 Janhvi Kapoor starrer Goodluck Jerry which marked the directorial debut of Siddharth Sen has made quite a lasting impression on the audiences. The dark comedy impressed the critics and audiences alike and it has been receiving rave reviews ever since its release on July 29.

Despite the fact that Janhvi's main performance as Jerry has become the talk of the town and the actress has silenced all critics with it but also the success of the movie lies in its ensemble cast and one of them is Jaswant Singh Dalal's "Timmy" that has the audience's attention. The drug distributor's severe neck injury adds to the movie's humour as well as its romance and drama.

One of the movie's high points is the comparison between Jerry and Timmy. It starts out as a simple crush that develops into a collaborative partnership that makes you wonder who is utilizing whom. Siddharth describes how he initially came up with the equation, and it has a surprising ending.

Talking about the same Siddharth says,

“When I met Jaswant, I told him that if Janhvi is Jerry, everyone around her will have an animal instinct and you are like a cat, like Tom (from Tom & Jerry). And how is a cat, it is intimidating and always ready to pounce. But somewhere there in a parallel universe where Tom also likes Jerry, and that’s why he is always chasing her. So, that was the idea.”

This Tom and Jerry equation has surely won the hearts of the audiences and people are really loving this chemistry on screen. Janhvi and Jaswant have surely brought life to their characters and after this film, this pairing is one that people would love to see reunite.