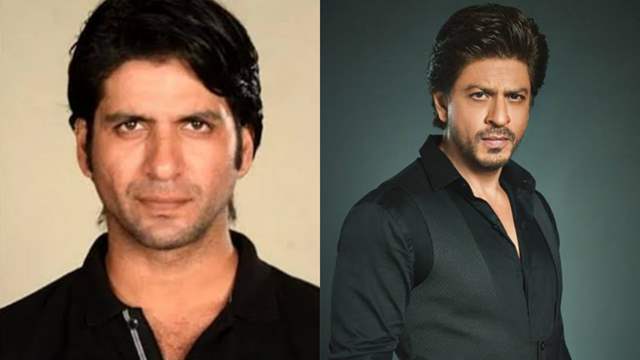 On October 2, the star kid was nabbed by the NCB after they raided the Mumbai cruise and busted a drug party.

While a lot of celebs have come out to support the family during these testing times, there are people who are hitting out at the superstar and his family.

He was questioned by the media stationed outside the office. The actor made a shocking statement when he was asked about Aryan’s arrest.

He was heard saying,

“You see I was in Josh, Kya Kehna all the movies right? I didn't get involved in all this which is why the Khan-paan boycotted me for 27 years. Now God has boycotted all of them.”

His bail was rejected on Friday and later he was sent to Arthur Road jail.

He said that some people are settling scores with SRK through his son.

On October 7, Aryan was remanded to judicial custody for 14 days after which he immediately moved to court seeking bail.

Aryan Khan's bail plea was rejected by the magistrate court on October 8. The court said the application was not maintainable as only a special court of sessions is entitled to hear the bail plea.

3 months ago What does his lack of acting skills have to do with this young man’s case? Does he really think God is with him, when he rejoices over bad things happening to people?

3 months ago I have seen this loser in BB house. He once said that Turmeric is only used in India and not the rest of the whole. He even said in Josh he had so many scenes more than SRK which is laughable. He had said that he is a Brahmin so he has the right to slap people. Even I am a Brahmin but I don't believe in using my caste for my benefits

3 months ago Cheap attention seeker! He couldn’t do anything in life that’s why taking advantage of people’s misery