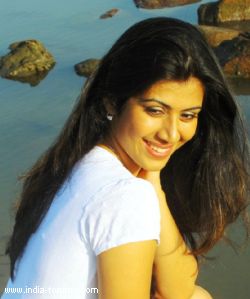 Shristi Arya's new offering Dekha Ek Khwaab has kept the audience glued on to Sony TV ever since its inception. Now in its second week, the makers promise to feed the spectators with more twists and turns.

One such development will see Amit Behl who entered the show last week as Maharaja Giriraj of Jaigad expressing his desire of marrying his son off to one of Rajrani's (Aroona Irani) grand daughter. Though he pretends to be a positive guy, his actual intentions will be disclosed in today's episode where Giriraj will insist that his son (Ashish Kapoor) should marry the younger daughter of Maharaj Brijraj Singh (Shahbaz Khan) as his elder daughter is absent. So just to get over Rajrani's property, Giriraj will force his son to get married.

We contacted Ankita and she confirms, "Yes, I have been shooting for the show since the last two weeks and my entry will telecast today.Ashish kapoor stands up only for unnati and none else."

Tune in to Dekha Ek Khwaab to have a visual treat as interesting twists unveil on the show ...

Shahbaz Khan says, "I am excited to act in cricket based series"

9 years ago bad news guys Abhishek Rawat, who was seen in Zee TV's Agle Janam Mohe Bitiya Hi Kijo, will play the lead in the show opposite Priyal Gor.
nooo i wnt uday to be lead

9 years ago udayveer is jsut to good for manyata...his good with jeh