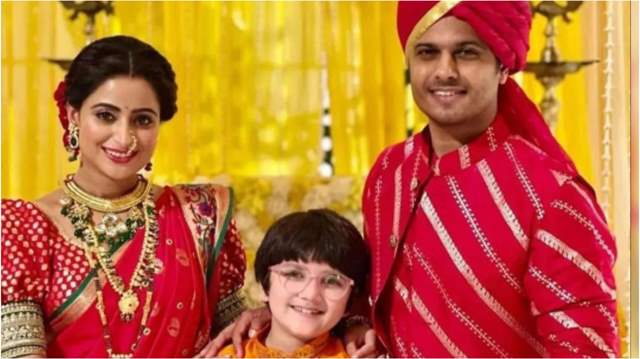 Star Plus show 'Ghum Hai Kisikey Pyaar Meiin' has kept the fans on the edge of the seat. The show has taken a major turn with a leap post which Sai and Virat are seperated. Virat and Pakhi are married to each other to bring up Vinayak while Sai delivered a baby girl and named her Savi. Vinayak has a health issue and he met Sai during camping and with her treatment, Vinayak found improvement and ever since, Vinu is derived towards taking his treatment from Sai.

In the previous episodes, the Chavan family has agreed for  Vinayak's treatment from Savi's mother totally being unaware that Savi's mother is none other than Sai. Virat and Vinayak have left for Savi's village to meet Sai where Virat and Sai will come face to face.

Now, India Forums brings to you interesting spoiler from the show. People are intrigued to know about Vinayak's entry in Virat's life and we are here with just that information. Soon, audiences will learn about how Virat spend the painful years of his life before marrying Pakhi and moving on from Sai's demise. Viewers will see flashback wherein Virat will be seen as an extremely dedicated police officer who tries hard to indulge in dangerous missions to punish himself as somewhere he feels responsible for Sai and Vinu's death.

Later, in one such mission, Virat meets a physically challenged Vinayak who stays helpless at a dangerous spot. Virat rescues Vinayak and feels a connect with him instantly and plans to adopt him.

Are you excited for upcoming episodes of 'Ghum Hai Kisikey Pyaar Meiin'? Hit the comments section below.

+ 6
2 months ago No problem whoever finds Vinayak but better you give reason for marrying Pakhi and why you people called it complex marriage.

+ 12
2 months ago Adoption is only for Patralekha to have hold over Vinu and Virat.

+ 3
2 months ago IF please stop trying to give spoiler cause it's not your strong point. This isn't a spoiler more like guessing comments from fans.

+ 6
2 months ago nobody buys the PP is reformed naatak. She is evil and cannot be reformed. If there is any sense of justice these makers have, they will also focus on Sai's struggles, Sai speaking about how the choice to stay away from V was not easy but MUCH NEEDED. She could not afford to return to a man who didnt value her, prioritize her or understand her and to a family and atmosphere that was toxic! She needed to leave and she did. If V assumed her dead with no investigation thats on him.

+ 2
2 months ago What a mess.... illogical track... this is really biggest example of most bakwas drama ever to air 👎

+ 9
2 months ago Wow what a logic 😂 If Vinu is a rescued baby.. then where is that sairat baby which was born through sarrogacy?? Iss show ka kuch nahi ho sakta better shut the shop. 🙄 ( P.S. I am not watching this show n neither watched but the everyday buzz of this gives me headaches)