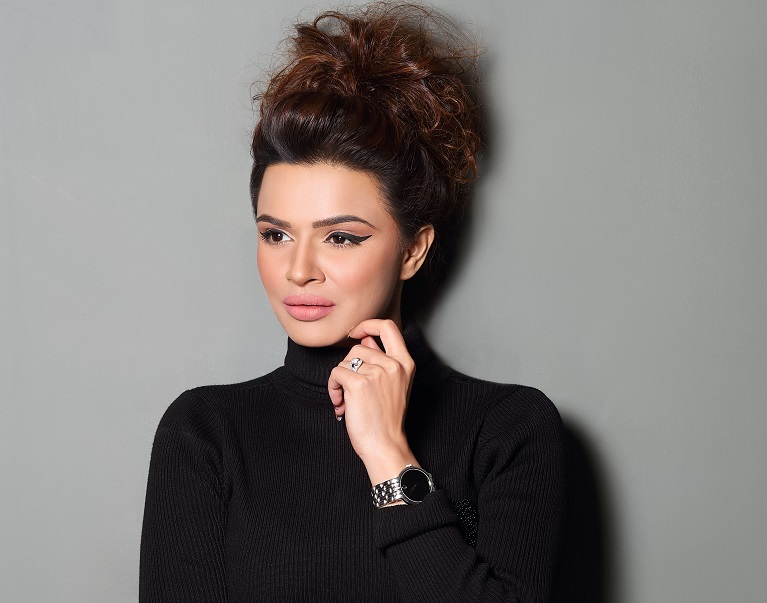 There is an old saying that 'Money can't buy you happiness'. But, money buys food, shelter, education, medical care, gifts and entertainment amongst other things. So yes, money does buy happiness in one form or the other.
The happiness of having money isn't about splurging recklessly. It is about feeling safe and secure. And to be financially stable, it is very important to be financially literate.
And 'Financial Literacy' is what television actress Aashka Goradia aims to teach with her show 'Get Rich With Aashka'. The show was earlier aired on the Gujarati channel of CNBC Bajar in the regional news space, but will soon launch on the channel's Hindi medium, CNBC Awaaz starting July 15.
Many would know of Aashka as a gorgeous and talented TV actress, but did you know that the lady was previously an entrepreneur, who started her career at the age of 17?
In conversation with Aashka, she sheds some light on the importance and the need of Financial Literacy among people, especially women.
Aashka, tell us about your association with CNBC.
'Get Rich With Aashka' was a proposal made to me four years ago by the channel. Some actors branch out to regional TV and cinema, I branched out to a regional business news network. The show has so far helped fulfill people's hopes and dreams through a regional medium and now it will do so nationally.
We believe you have a piqued interest in business and have an in-depth understanding of it. Tell us more about it.
I belong to a business family and we are good at what we do. Probably it's the Gujarati blood! (Laughs). This is something I cannot exclude out of me. It is mandatory.
What is the objective of 'Get Rich With Aashka'?
The objective of this show is to make the masses financially literate, especially the women. It's not about owning a degree on how to make money. One should know how to make money out of the money they have, while they are working.
People are willing to pay EMIs every month, but are they willing to subject that much amount to savings? We as actors work for years, but how many of us can take a break without stressing about the income flow during that period? Here I am talking specifically about actors and self-employed people.
Please go on.
Look, saving is in our culture. As kids, we all were given a piggy bank, which we were told not to touch until it's full. The thing taught to us here, was to save and invest at the same time. And this concept is applied in all families be it upper-class, middle-class or lower middle-class.
How do you treat the subject of finance in 'Get Rich With Aashka'?
This is not something random where I advise people on what I feel they should be doing. The subjects are not random advice, but a full-fledged case study where we analyze whether the person is self-employed or salaried, his family, his life pattern and lifestyle. And fortunately, the solutions offered have worked wonders for people.
Does being financially literate apply more to the younger lot?
Well, to an extent yes. The students who are just out of college, can't even imagine what their life would look like, if they are financially literate!
Also, with talks about empowering women, them being financially literate is extremely crucial. Making a woman financially literate, can bring in economic reform which can change the fate of the family entirely.
Now that's some valuable piece of advice Aashka.
1 Likes

Stuck in Goa Amid Lockdown, Tinaa Dattaa Opens Up On How She Is Dying ...

Sandy-Naz 6 years ago i like btameez dil,gandi baat,party on my mind,lt lg gyi ,balam pichkari and lungi dance.
bt i like Dhoom 2 title track more than dhoom3..

Fatima_Q 6 years ago Loved all the YJHD songs and of course Gandi Baat :)