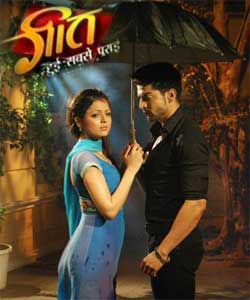 To end the long continuous string of speculations that surrounded Star One's popular show Geet Hui Sabse Parayi, sources have confirmed that the show will see it's end mid-December.

Sources confirm that, "The cast and crew of Geet will see its final day of shoot on 15th of this month and the show will see its last telecast on 16th December."

On the contrary, Neeraj Sachdev,the creative head of the show expressed that he did not have any confirmed news regarding the same.

Gurmeet Choudhary, popularly known as Maan, said, "Even I've heard the news, but we haven't received any  official confirmation from the channel."

At this point of time, all we can do is wait and watch what the channel has in store for the widely popular Geet Hui Sabse Parayi.

rabia04ful 8 years ago i wil miss GURTI n Maaneet..still in shock cant believe i will not get to see maaneet from next week at 9pm...wht am i gonna do then...i love GURTI...they r best...

GCBEST 8 years ago Gurmeet wish you always get the best in life. May Allah bless you.

GuruRocks 8 years ago Guru Rocks!
Gurmeet wish you get all the success you deserve.

KyunkiImafan 8 years ago You will have to come back with Season 2 for Geet! Come on don't let all the fans down! Please re-think your decision.