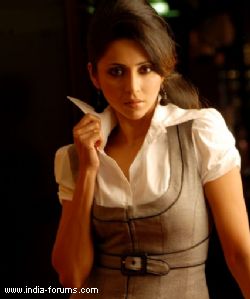 Vikram Bhatt producing a horror show on Sahara One is the talk of the town. Haunted Nights would be a weekly show starting from the 13th of this month at 11:00 PM.

Rashmi Desai Sandhu a.k.a Tapu of Colors' Uttaran has already started shooting for the show and will soon be seen in the coming episodes.

A source informs, "The shoot for the show has already started and Gautami Kapoor who stepped into the shoes of Tulsi of Kyunki Saas Bhi Kabhi Bahu Thi for quite a sometime has been approached to essay a vital role in the show."

We contacted Gautami who states, "I have a few offers in my hand and nothing is concrete as of now."

We also hear that once Haunted Nights comes to an end, Eagles Film Production would take up the slot with their upcoming show. And there would be re scheduling of the present shows on air.

With this Haunted Nights welcomes a few seasoned names…

9 years ago welcome back Gautami...looking forward to the show...!!

+ 6
9 years ago Looking forward to see gautami back on screen. all the best to her

Good to see you back

9 years ago WE ARE LOOKING FORWARD TO SEEING Mrs.SANDHU!.
#
Usually people don't like vamps but we just lurve Reshmi...
#
RESHMI SHOWCASED HER ACTING TALENT AS 'TWINS' IN MAIN HOON PARI, SHE ROCKED THAT SHOW!!

9 years ago thanks for horror show.i am excited to see gautami again.

9 years ago funny that...i saw a song from Fanna the other day & i thought she looks so beautiful & dat we've not seen her in such a long time

hope she comes on a good channel...not sahara...

+ 4
9 years ago It was supposed to come on colors but looks like colors rejected it.

I would love to see her on some GOOD channel with GOOD show! I don't watch horror show, yr! :(

Please, Gautami, come back with nice show and good role on TV!