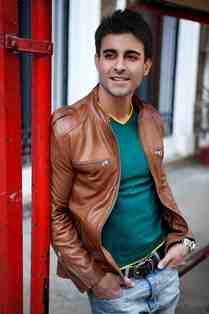 Fans have been taking on to twitter, Facebook and on other social networking websites regarding the chaos around Gautam's exit from Saraswatichandra.  While a publication had said that Gautam is quitting the show we hear that these rumors were completely false.

The actor in fact had never put in his papers and the end of his track was a creative decision taken by the production house and channel.  Since his track was about to end on the show, Star has offered him another show on their sister channel Life OK.

While we tried calling Gautam who didn't revert, we noticed that the actor a few days back did announce on Facebook and twitter stating, "Hi friends. I am not quitting Saraswatichandra."  And so it looks like while the actor's journey with the show may end soon, his journey with the network and his fans will continue with his new show.

vs1953 6 years ago No one can replace GR ,Gautam is the face of saras no one can potrat saras except GR,for us GR is saras n saras is GR

6 years ago Today's pre-cap appeared ominous. I will rip the writers if they go ahead with the crazy thought of killing Saras and bring a rejected loser. Gautam Rode is Saraswatichandra.

6 years ago The writers must be crazy to kill the main character and thinking of hiring SLB's cast away!!! How smart is that? I watch SC because of Gautam Rode's portrayal of Saras.

6 years ago Gautam Rode you are no quitter but I don't know what the writers are doing. You are hardly shown in the last few episodes. No one can take your place.