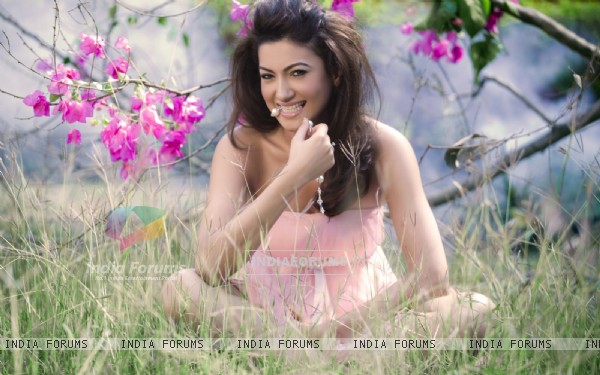 Model turned host Gauahar Khan who is seen hosting the popular singing based show India's Raw on Star Plus has not been shooting for the special episode of Hum Hain Na. The talented anchor was shooting for the integration episode for the special Diwali episode where the entire cast of Hum Hain Na along with the popular faces of TV like Mouni Roy, Shweta Tiwari, Rithvik Dhanjani and more.

Gauahar performed a solo dance on the song Hungama Ho Gaya from the movie Queen. During the shoot of this Maha episodes, Gauahar met with a small accident and injured her leg. The injury was not a major one but the actress was in great pain. But as the actors have the will power of continuing the show, Gauahar resumed shooting for India's Raw Star.

Gauahar has tweeted stating, "Off to shoot 8th show of IndiasRawStar .. challengers excited but injured..:-( hopefully my leg doesn't Gv me trouble..pray StarPlus"

We wish you a speedy recovery Gauahar!

Anmol_. 6 years ago Excited to see Rithvik dhanjani in this event

And hope you recover soon Gauhar
Lots of love

peachesnplums 6 years ago
Excited to see Rithvik Dhanjani in the Sony Diwali special!

.Nikki. 6 years ago Rithvik Dhanjani can't wait to see you on the stage!!