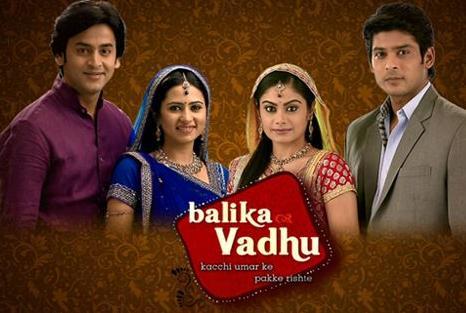 Sphere Origin's Balika Vadhu which airs on Colors has been showcasing gripping tracks to keep the viewers hooked to the show. With the entry of Akash Khurana who plays Shyamlal in the show, though his character is  a positive one but as the show progresses with its interesting storyline ahead, the viewers will be baffled over his portrayal of character.

Now in the upcoming track the audiences will witness a child marriage. When Jagya comes to know about it he tries to stop the marriage and also notices that Shyamlal is being present at the venue. In front of Jagya Shyamlal pretends to be a decent person but his intentions are hidden.

Our source informs, "Ganga aka Sargun Mehta has a little doubt regarding Shyamlal's intentions. She finds him dual faced and her doubt gets a confirmation when she sees Shyamlal dancing at the marriage. Ganga is shocked to see him dancing and enjoying at this illegal marriage. She calls up Jagya aka Shashank Vyas to come on the spot and see his inhuman behavior of Shyamlal. But because of some circumstances Jagya's phone is out of reach. Later when Jagya reaches the spot and comes face to face with Shyamlal, Shyamlal avers that he was totally unaware of the fact that there was a child marriage going on. He calls up the police and asks the parents of the kids to take them away. Ganga is shocked with the way he played the game in front of Jagya."

"Also, it is to be believed that Shyamlal wants a piece of land from Jagya for which he is being so polite and good towards him. Jagya was told that he wanted to build up a factory but whether he really wants to build up a factory or not it is something that time can tell. So for the same Jagya goes up to the CM and asks for the land that Shyamlal wants" ends our source.

When spoken to Shashank Vyas, he confirmed the news.

Well, this is something interesting that is going to come up your way fans!

One thing that came to our notice was when Shyamlal comes to Badi Haweli to cure Dadisa aka Surekha Sikri, he utters a dialogue which goes like this - "Aapko toh aisi jagar par lekar jauga jaha par aapko pareshan karnewala koi nahi hoga!" with this dialogue should we mean Shyamlal made his entry to harm dadisa?

This was just what we thought, what happens next is a wait and watch game!

princess_shasha 6 years ago shanshank please try an do other things besides balika also. want to see you in other shows, such as jhalak dhiklaja

The truth is some people cannot digest Jagya being good and they lost their punch bag to make fun of and their fav Anandi jee as great so keeping their traditions coming up with the most weird and illogical stuff to punch him This article hints Ganga will stop the child marriage and Jagya will help her but how they both can be shown good ? Anandi mata has birth right to be good Only she is born to stop child marriages People have assumptions like for them only Anandi matters so to world it only she matters Ha !!
People can do wow wow of Dadisaa the biggest abuser in this serial who has countless sins . done child marriages in past later stopping them but Jagya who has been 10000 times lesser than her cannot Cvs are white washing Wah What logics Clapping I know why Dadisaa is acceptable and Jagya is not because Dadisaa 24/7 does Anandi jaap Jagya does not do jaap of her thats why

Colt.Pixy 6 years ago hahahha.I can see jealousy if jagan are proved good for once outside AT .
shashank vyas keep rocking

Spring-Dew 6 years ago Shashank Vyas u an amazing actor !!! hope cvs do something good for u otherwise quit this crap show

tiny15 6 years ago gud track. sargun mehta & shashank vyas r fab.
and why can't jagya stop the mrg?? is there sum rule that once who made mistakes can't b gud esply wen he was shown redemeed wid logics & basic nature of jagya was not of abuser.

Anandi fans keep on We are totally understanding why you are commenting this type Cannot digest Jagya can get any good track because then what will happen of mahaan couple People take Dadisaa fighting for college who burnt books of her her daughter in laws , she stopping child marriages but so much tamasha on Jagya by even making new stories Keep bashing Jagya because where it is logically done ?

Rama4U 6 years ago Shashank Vyas, want in a good project. Enough of this crap show..good luck !

Avika.Gor 6 years ago Shashank Vyas u rocks ! Miss u on screen with Sriti Jha and that burn chemestry.

BeautyBabe 6 years ago The truth is some people cannot digest good Jagya because they lost their punch bag on whom their favorite Anandi has shone her mahanta always The truth is no amount of their great explanations can prove that Jagya could be made a abuser The way cvs butchered his character to show Anandi as mahaan later Shiv was utter nonsense but to Anandi lovers it was entertaining what was their loss ? The truth some people cannot digest Jagya can be shown good thats why no amount of redemption can wash him logics even people are justifying his child marriage Wow great The logics Anandi fans are bringing even also they can think Jagya has done good to Anandi too but that's forgotten Why remember that ? Jagya has a good a lot in his life but that does not matter Nothing matters Only he should be negative so AnSh will be great now positive people cannot digest it What will happen of AnSh now Sigh I laugh at logics of some people here