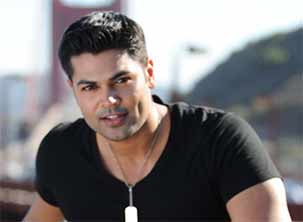 Southern actor Ganesh Venkatraman, who is making his Bollywood debut with "Guns of Banaras", is upbeat about the opportunity because he always wanted to enter Hindi filmdom with a powerful story.

"I see a film from the perspective of the audience who always give prime importance to the story. I'm extremely happy that I'm making my Bollywood debut with the film which solely relies on its story and lead performances. I essay a very strong role that I thoroughly enjoyed doing," Ganesh told IANS.

Ganesh will essay the villain's brother, originally played by Daniel Balaji, while Karan Nath will step into Dhanush's shoes.

"The director saw my performance in Telugu film 'Damarukam'. He narrated the story and I instantly liked it, especially the UP (Uttar Pradesh) tinge. It's Banarasi in style and very 'Gangs Of Wasseypur' type of execution. I had to learn UP accent," he said.

"My character is much more rebellious than the one essayed by Balaji in Tamil. I play a cocaine addict, and therefore, had to adapt a lot of junkie mannerisms in my performance," said Ganesh who likes the changes made by the director in the Hindi version.

"It was a privilege working with a legend like Vinod Khanna. Abhimanyu plays my brother in the film and we had a good time working together. I'm really in awe of the stunts in the film choreographed by Sham Kaushal. Most of the realistic action sequences were shot on the streets and that made it even more interesting," said Ganesh.

Kaushal is known for choreographing stunts for films such as "Gangs Of Wasseypur" and "Barfi!".

Ganesh, who grew up in Mumbai, plans to dub in his own voice.

"I'm hundred percent dubbing in my own voice. I speak fluent Hindi since I'm from Mumbai. I had to struggle to pick up the Banarasi accent but I somehow managed it," said the actor seen in Tamil films such as "Unnai Pol Oruvan" and "Theeya Velai Seiyyanum Kumaru".