Ganesh Chaturthi is one of the much awaited festivals in India especially for the Mumbaikars. The beautifully designed Ganesh Murthis, the variety of delicacies are all something that we have to watch out for.

When it is a common festival in Mumbai, we have actors from our television industry who have had this festival for the first time some years ago and also actors who have grown up seeing the festival.

Let's listen to them about the memories they have related to Ganesh Chaturthi. 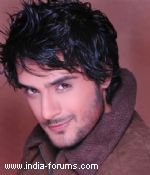 I knew that Ganesh Chaturthi is a big festival in Mumbai even before I had come here but when I saw it for the first time I knew how big a festival it is for the people here. I saw my neighbour bringing the Ganesh murti home and I was so amazed at the sight of the number of people who went to their house. It was such a beautiful sight wherein their house was beautifully decorated, filled with their loved ones. I had vowed that I would do it once I get settled, and after two years I kept my first Ganapati at my home. Though we know about the festival, we do not celebrate this festival with pomp and show in our place.
Something that disturbs me about the festival is that, after the Visarjan the remains of the murthi flows with the water and come under our legs. Hence we do our visarjan in a nearby lake. I am excited about the festival this year. 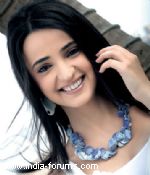 We do bring Ganapati at home every year, but the only reason that we keep it is because of my sister. She really wanted us to start the tradition and we follow it even today. Now she is married and is abroad where you cannot really celebrate the way we do it here.
But we do the visarjan in a very silent manner where we just go to the beach do the rituals and we make it a point to go when the crowd has lessened. There is no shor sharaba when we do the visarjan. This year we are preparing for the festival and we are bringing Ganapati at home. 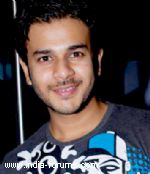 Though I am basically from Gujarat, it's been nine years now that I am in Mumbai. Earlier I used to live in Borivli and I used to completely enjoy the festival during those days. I remember in Gujarat, the three days of festival used to be a great deal and all the three days there used to be small skits in almost every places through which they introduce Ganapati. We used to travel a lot to see the different Ganapatis and also the drama. Last year I had gone to Lal Bagh Ganapati and one of the most unbelievable thing happened to us. Ragini (Ragini Khanna) and I with my family had gone to the temple and there was a huge rush because of which Ragini left early without seeing the idol. But I wanted the darshan very badly and we stayed back after which we got a darshan and also two packets of sweets. My mother gave one of the packet to a friend and we kept the other packet. When we reached home and opened the packet, we were all awed to see a Gold coin in it. We consider that as the biggest blessing of all time. 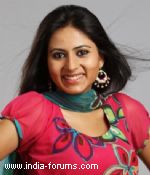 This is my first Ganesh Chaturthi after coming to Mumbai and I am really looking forward to it. I exactly do not know what really happens in the festival other than the Visarjan. Though I will be shooting on the day I am really excited to go to my friend's place to take the blessing from Bappa. Though we do not celebrate much in Delhi I have studied in school that we do pooja and prayers during the festival. 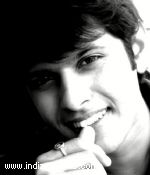 Neil Bhatt:
My Ganesh Chaturthi days were awesome till 2008 because after that I have never really celebrated it. Those days we were so crazy that I used to go my friend's place in Kurla to dance. Dancers from Pune were called to perform for the festival. The visarjan used to happen in the night for which we used to dance from Kurla to Juhu.  Those were the great memories that I had during our academic days. 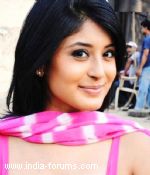 In my first year of Chaturthi I remember going to my friend's place where I saw people dancing on the road with the typical music. In north the festival is on small scale. In my hometown, we used to get Ganpathiji for the township where we used to bring big Idol. Also there used to be performances where kids used to perform their dance. But here it is big where every house welcome Ganpathiji and it is a generous and noble way of inviting everyone to be a part of the celebration. I like the dance, music and the celebration that the whole city witnesses is a part of; irrespective of where they come from and what caste they belong to and what language they speak. I also like the festive feeling that even the radio and newspapers are filled with the Chaturthi news. What I get disturbed about amidst the whole celebration is that we get so engrossed in the celebration that we neglect the fact that it might be causing inconvenience to others. The air, noise and water pollution that comes along with it and also the day to day traffic gets affected.

TellyBuzz wish all its members and readers a very happy Ganesh Chaturthi..

manal4400 5 years ago All the best Sanaya Irani stay blessed ...

without-fathom 9 years ago Neil Bhatt - I like how so many of your best memories begin, end, or basically revolve around dancing - even the kickstart of your TV stint! Here's hoping Bappa will grant you a long innings onscreen - you're truly a talent to recognize and acknowledge!