'Aamir was very sweet to me, very helpful. It's director Murugadoss who didn't know his mind. What he narrated to me and what I finally saw in the Telugu film were totally different,' Mohit told IANS. 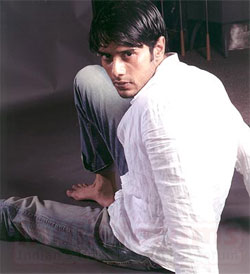 'I knew my character of the police officer dies at interval. But the way he dies in the Telugu film and the way it was told to me were very different. When I questioned the director about it he just looked at me confused. He had no reply,' added Mohit.

The role had been offered to Mohit through Bhushan Kumar of T-Series, which has the music rights of the Hindi remake.

'When I was told that the role lasts only till interval I wasn't too keen on it. But I was told it was going to be a guest appearance. When I saw the original film I was zapped. The character didn't seem right. I decided to opt out. In any case the film has been delayed excessively. It was supposed to start in September 2007.'

For now Mohit is happy to have completed 'Shagird' with Tigmanshu Dhulia.

'It has been a great learning experience working with Nana Patekar. He's not at all the way he appears to be. I identify with him completely because he's straightforward and simple-hearted. I realise that one needs to be diplomatic in this industry, but I can't be a fake. I'd rather leave the industry and join my father's business.'

For now that seems unlikely. After 'Shagird', Mohit has signed another film with a director named Amal Neerad.

'Amal had done the cinematography of 'James'. I guess we both need to prove ourselves beyond where we started,' said Mohit.

He refused to name Ram Gopal Varma, who launched him in 'James' and repeated him in 'Shiva', in his interview.

'I've moved on. I wish others would too.'