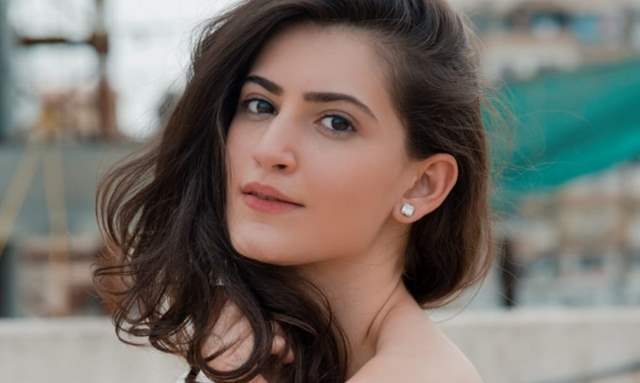 Shivaleeka Oberoi is overwhelmed by all the love that has been coming her way for her latest release and her innocent looks have made her India's new national crush. But this hasn't come in easily for the actress, it took her three years and over hundred auditions to land her debut film, Yeh Saali Aashiqui.

Talking about her struggle with a leading daily she, she said, "Much like any outsiders, my journey too wasn’t easy… Forget getting shortlisted, many times my auditions didn’t reach the directors and producers. This I came to know much later."

Shivaleeka reveals that even though she was ready to go through all the struggle, the failure and things not falling in place did bother her, but her parents kept her motivated always, “You wake up almost every day thinking what next. The uncertainty affects your mental peace. My parents kept motivating me to the extent that they told me to continue with my education and try something else."

Shivaleeka is glad that the audience has loved her latest release and it has been encouraging for her, “While many pointed out that there wasn’t much of me in the trailer, but they liked my overall performance, expressions in the film and said that they would’ve loved to see more of me."

She also feels that people's perspective about outsiders is still not changing and no one wants to talk about giving new talents like her a chance to flourish, "Vidyut has a bigger fan following, people will watch the film for him and there’s no denying to that. But when he was so supportive and so was Faruk sir, I really don’t understand why does it take time for others to accept newcomers like me? From getting meatier roles, cracking auditions, getting less screen time… our struggle, therefore, continues for the longest time."

Shivaleeka was recently seen in Khuda Hafiz alongside Vidyut Jammwal.