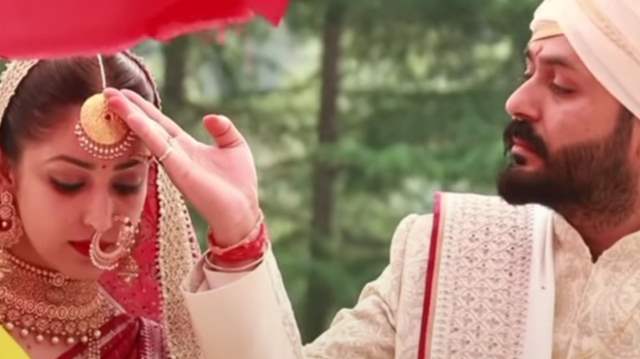 Yami Gautam has always emphasized the importance of her family to her. Her numerous social media posts, which frequently feature her brothers, parents, and husband, filmmaker Aditya Dhar, reflect this.

Today marks the one-year wedding anniversary of Yami and director Aditya Dhar.  They married in a private ceremony in Himachal Pradesh on this day last year. Regardless, it was one of the most surprising marriages, since the pair kept their relationship a secret until the big day.

Now the Dasvi actress took to her social media and dropped a mesmerizingly beautiful video with snippets of all their wedding ceremonies. And we just can't get over it already.

From Mehendi to the Varmala ceremony, their bond, love, happiness, and simplicity are just oozing out from the video.

"For all you do, for who you are, I will be forever grateful you are in my life :) Happy 1st Anniversary! ❤️

No sooner than she shared the video wishes for the duo started pouring in from all quarters.

In terms of work, Yami Gautam was last seen in the film Dasvi with Abhishek Bachchan and Nimrat Kaur. Her upcoming projects include OMG 2 – Oh My God! 2 with Akshay Kumar.

+ 14
3 months ago Aww…they are looking so adorable together!😍

+ 6
3 months ago Both looking perfect with each other

+ 12
3 months ago congratulations to Yami Gautam and Aditya Dhar