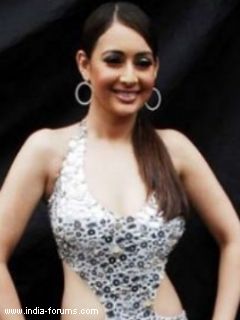 Panaji, Nov 28 Governments and corporate houses have no business coercing and buying off lands from rural farmers, an increasing trend in India, says actor-producer Preeti Janghiani.

'It is sad that farmers are being forced to sell their land, even if it for large sums of money. Money is not everything. It is not sustainable like a job,' added the 31-year-old.

The film, which received mixed reviews, is about four coarse youngsters who form a mercenary gang, which indulges in land grabbing and bullies people off their lands for a price. The gang has a change of heart and ends up supporting the same villagers whom they had told to vacate their land holdings in a village.

'We had the first screening of the film at a village of Kanjhawala, near Delhi. We learnt a lot from their input about the film because it was about a subject which was close to their hearts,' said Preeti, who was seen in films like 'Mohabbatein', 'Awara Paagal Deewana' and 'Loc - Kargil'.

Land acquisition has been a contentious issue, especially with farmers in the rural ares being 'bought out' often and forced off their lands for mega industrial and residential projects.

The central government is already tinkering with a new and more 'humane' land acquisition bill, which makes the land loser a stake holder in the projects envisaged on the land formerly owned by them.

After Controversy With 'AGT', Gabrielle Union's Romantic Comedy 'The ...

Sanjay Choudhary Attacked By Goons; To File a Police ...
33 minutes ago