View Profile
There are quite a few channels dedicated to animal life on television today. The animals are shown baring their teeth, charging at the television crew shooting them and even being killed by poachers. Millions across the globe watch these channels and the message that goes out to them is to protect and save animals. But if you are a Bollywood film-maker who wants to show a pigeon being freed or an actor petting a horse, you are in for serious trouble. For there's an Animal Welfare Board in Chennai that will not be convinced of your intentions come what may.

Animals have been an integral part of Bollywood for long. From "Haathi Mere Saathi" to "Sholay", animals have played important roles in hit movies. But not anymore, says Shankar, the man who is usually contacted by film-makers whenever they have roles for animals in their scripts. The last film Shankar worked for was the multi-starrer "Kaal". "In "Kaal", even though the scenes comprising animals were shot on foreign soil and the animals used were also from abroad, still the movie faced a lot of problems. The law says that showing Indian animals as cruel beasts is objectionable. But the tigers used in "Kaal" were not Indian at all. I understand that showing cruelty towards animals should not be entertained o 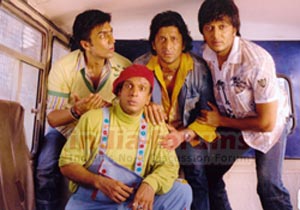 Featured Video
n screen. But what's the problem if they are shown in good light?"

Another movie that was blocked by the Animal Welfare Board was "Dhaamal". The Board delayed clearing the film to an extent that its release had to be postponed. Interestingly, not a single scene in the film which shows animals was shot by the film-maker. They were all stock shots, or shots taken from television channels or other movies. Sadly, the officers of the Animal Welfare Board were not even aware of the term. So the director had a trying time explaining it to the officials. When nothing worked out, the producer and director decided to remove the scenes all together.

Even in "Rang De Basanti", the scene which shows Aamir Khan riding a horse had to be edited. Shankar says: "Mr. Mehra, the director of the film, had to release it without the full scene. He preferred to steer clear of an issue which would unnecessarily complicate matters. Leave alone getting permission from the Board, meeting the officials itself is a Herculean task. Either the officials are not in the office or they don't turn up for the meeting with the film-maker. I guess, it was because of these that Mr. Mehra simply edited the scene despite knowing very well that the scene was in no way objectionable."

Another recent flick which faced the wrath of the Board was Mahesh Bhatt's "Awarapan". Director Mohit Suri wanted to show the heroine buying caged pigeons and releasing them. "Bhatt had himself gone to Chennai to convince the officials. Even though the theme of my scene was freedom of birds, the officials just wouldn't understand. I am an animal lover, too. I was also ready to abide by a rule which says an animal welfare officer has to be present on the sets when the scene is being shot. Anyways, I don't want to talk much on this topic," Suri says. Shankar had suggested to Bhatt that he could use a net instead of a cage as showing caged animals on screen is objectionable. But that would have robbed the scene of its authenticity.

Such is the terror of the 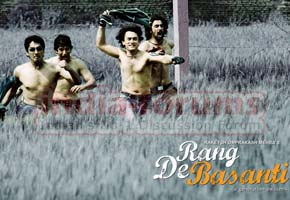 Board that some film-makers avoid commenting on the issue, fearing bottlenecks if they were to make film with animals in the future. When contacted for his comments on this issue, director Inder Kumar said: "Can we talk later about this? My movie is all set for release and I don't want to comment on any controversial issue."

Perhaps, it is this apprehension on the part of film-makers that is making matters worse.

Shankar finds some of the rules of the Board unreasonable. "A rule says that projection of the jaws of animals is barred as it portrays the animals as a threat to mankind. However, if such scenes are shot abroad then it's acceptable. What difference does it make? Aren't animals the same every where, be it India or Africa? Such a rule only limits the boundaries of a film-maker. Today, a movie like "Junoon" cannot be thought of, that too, for very shoddy reasons."

Perhaps, it is high time film-makers challenge such baseless rules. At the same time, it's the duty of the Animal Welfare Board to give the film-makers a good hearing and valid reasons for refusing approval to a scene. Not only would it give the film-makers a clear picture of the rules and regulations with regard to use of animals in films, it would also make them more aware of their responsibility in preserving animal life.

Instead of wasting time in rejecting film scenes without valid reasons, the Animal Welfare Board should pay more attention to cruelty to animals in our society. After all, when sports like derby and polo are still considered elitist, how could a scene of an actor riding a horse amount to cruelty?