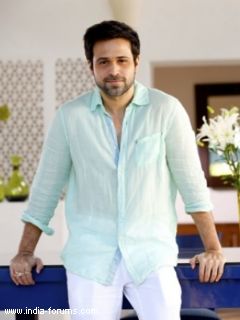 Emraan Hashmi's "Ghanchakkar" and "Ek Thi Daayan" were abandoned by the viewers at the box office, but the actor is of the opinion that failures didn't impact his career as he had an impressive track record.

"It never affects you... it depends... you have to have a track record," said the actor when asked about the impact of failure on his career.

"Before that I had given four back-to-back hits and even the industry understands that this is a kind of film that is niche. But yes, if it would have been a commercial and a massy film and then if it wouldn't have lived up to the mark, there would have been a problem," he said.

Meantime, he feels it is unfair to compare "Shanghai" and "Ek Thi Daayan" with "Raaz 3".

"If 'Raaz 3' was a mass horror, 'Ek Thi Daayan' was an experimental horror and it had a class element in the way it was shot. So it is unfair to expect 'Ek Thi Daayan' to do business of 'Raaz 3'.

"Then again what happens is for 'Ek Thi Daayan' I had to take a pay cut... people don't see that. I didn't charge my remuneration for 'Raaz 3'."