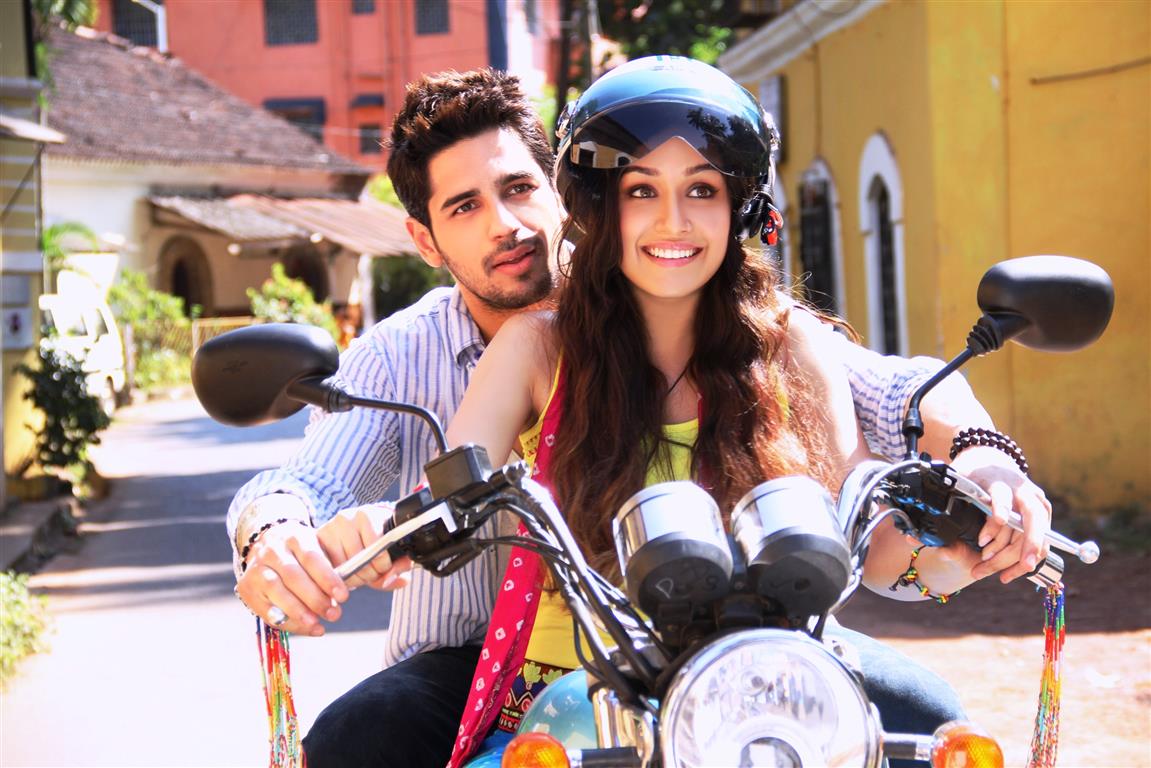 Sidharth Malhotra and Shraddha Kapoor who pair up for the first time in Balaji's 'The Villain', are looking spectacular together.

As much as Shraddha was comfortable riding a bike and plans to buy one herself in the near future, she would loudly say, 'Jai Mata Di', every time the director said 'action' for her to ride her bike alone.

The romantic thriller, currently under production in Goa, will be additionally be shot in Mumbai and Bangkok, and release in mid-2014. It stars Riteish Deshmukh in a pivotal, never-seen-before role.

Directed by Mohit Suri, among the industry's most formidable directors, with three consecutive blockbusters to his credit: Raaz 2- The Mystery begins, Murder 2 and Aashiqui 2, 'The Villain' is among the most keenly anticipated features of 2014.

In line with Suri's enviable track record of creating chart-busting music, the keenly awaited soundtrack of 'The Villain' will boast of five evergreen melodies.