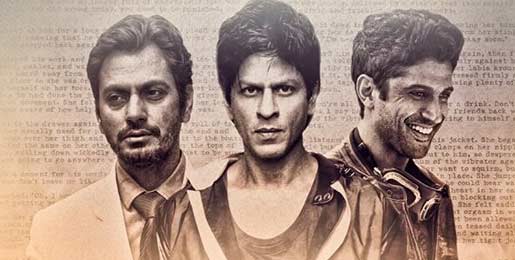 Director Rahul Dholakia says a feeling "like the last day of exams at school" seeped in as he wrapped up the first schedule of the upcoming film "Raees", starring superstar Shah Rukh Khan.

"Feels like the last day of exams at school. Crew sings in between set up's as #raees first schedule almost comes to an end," Dholakia tweeted on Wednesday.