View Profile
We already talked of the theme underlying this up coming project from the Ghosh camp. A movie-musical wherein Shahid plays an aspiring middle class boy turned glamor celebrity who makes it big, steeps a fall and rises again bigger, better and matured; while Genelia plays his lady love. And after much speculation, even more alterations, the first look of the movie is out! 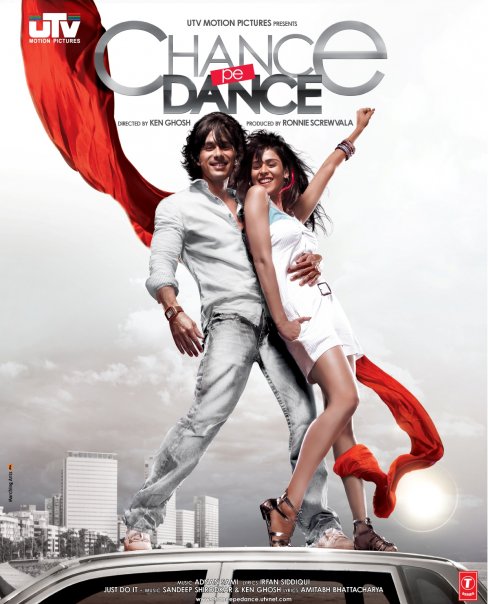 
"Yes, my film would be called 'Chance Pe Dance'. It's final and in fact the first ever title for which I am giving a confirmation. Everything else before this, whether it was 'Star' or 'Yahoo', was merely speculation and, as you would have noticed, no one attached to the cast or the crew ever gave an official statement." said Ghosh

The movie is set to release November, or even December, but decidedly before the end of this year.

And wouldn't one but agree, it might as well, considering that 2009 has lead the cute-hip-sensational-even rough-chocolate boy Shahid to his most promising stint in tinsel town!