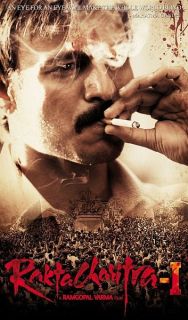 Charitra-I is Ram Gopal Varma's new directorial venture, starring the handsome hunk Vivek Oberoi. The story revolves around the controversial life of a political leader, Paritala Ravi from Andhra Pradesh, who was assassinated in 2005. Vivek plays the protagonist of the film. Though the movie has already been made in Telugu and Tamil, the Hindi version is to be made in two parts, the reason behind this being the 5 hour long duration of the movie. Both the parts will be released in the time interval of approximately 3 months. The Tamil version of the movie, Rattha Charitram, will be released as a single full-length movie after the major editing process.
Zarina Wahab, Surya, Shatrughan Sinha, Kota Srinivasa Rao and Radhika Apte are also playing important roles in the movie. The movie is to be released on 22nd October 2010.