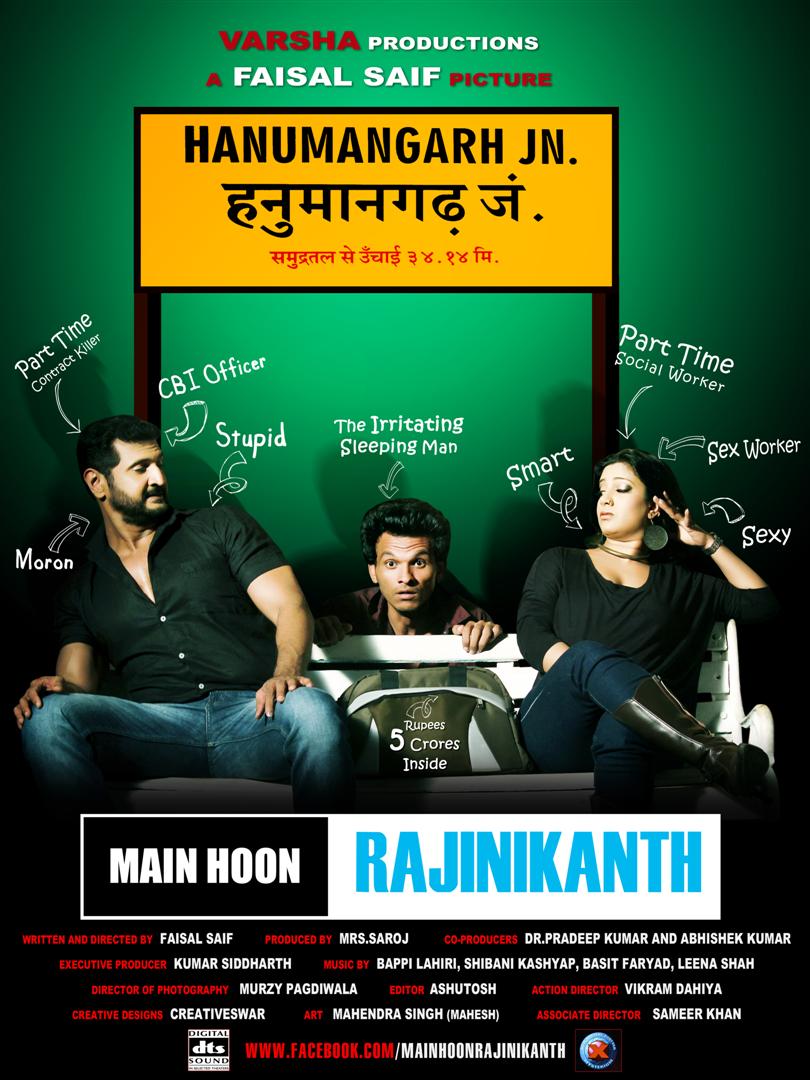 The Poster shows Noted South Indian villain Adithya Menon sitting on the Railway Platform of Hanumangarh Jn along with Kannada's sex siren Kavita Radheshyam. It also has a Bag that claims 5 Crore rupees inside with an irritating sleeping man's character. The poster has some impressive tagging on all three characters which makes you smile and guess some of the plot. Main Hoon Rajinikanth the film in totality lives up to the expectations or not, Is yet to be seen.

The film also has Shakti Kapoor, Reema Lagoo, Sunil Pal, Ganesh Yadav, Mohnish Nawani, Sodi Sultaan and Smita Gondkar. The film is written and directed by Faisal Saif under the banner of Varsha Productions and the music has been composed by Bappi Lahiri, Shibani Kashyap, Basit Faryad and Leena Shah while the cinematography has been handled by Murzy Pagdiwala.

Main Hoon Rajinikanth is slated for August End release all over.