View Profile
Brace yourselves, BollyCurry is back with yet another powerful First Look!
This time we present the upcoming Southern film remake Force, which stars the sexy John Abraham and the sweet Genelia D'souza. The film's tagline reads "Bound by Duty, Unleashed by Love".
Force is an action-thriller based on the Tamil superhit Kaakha Kaakha (2003). Its plot revolves around a dedicated and strong-willed cop and his pursuit of a dangerous underworld organization. Directed by Nishikanth Kamath, the film originally was to feature Asin as its female lead but due to scheduling conflicts, she was soon replaced by fellow Southern starlet, Genelia D'souza.
Though the release date is yet to be announced, we do have for you the film's hot first look that showcases John Abraham in eye-poppingly incredible shape. 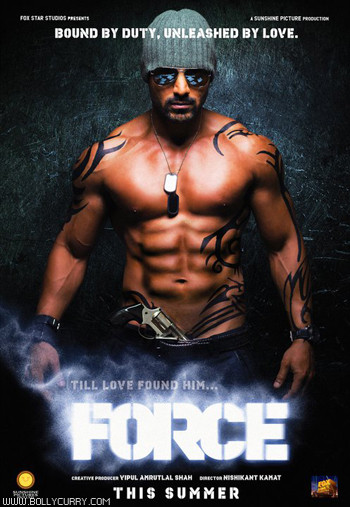 We also have for you an off-screen photograph that was tweeted by the pretty lady Genelia, While both were shooting for the movie, the duo gave a perfect shot for the camera and their Twitter fans worldwide. 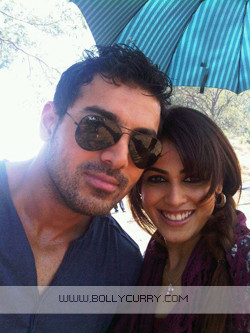 Could this be our next favorite onscreen jodi in the making? What you think?