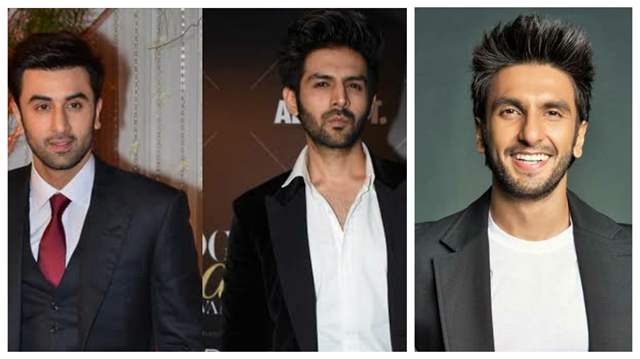 With Gangubai Kathiawadi awaiting release even now as the pandemic continues, director Sanjay Leela Bhansali also has another project to be rolling soon in the form of Heera Mandi. But if there is one project that has been the talk-of-the-town for a really long time now, it has be another of Bhansali's ambitious project, Baiju Bawra.

The film, while not rolling yet has been the topic of conversation for a long time now and multiple superstars have been rumored to be a part of the film on multiple occasions. While the strongest ones included the names of Kartik Aaryan and Ranbir Kapoor apparently being roped in but now after all this time, it can be sealed that the aforementioned actors won't be seen in the film surely.

A recent report in ETimes suggests that none other than Ranveer Singh has been finalized to play Baiju Bawra. The source mentioned that an official announcement is in the offing, but yes, a few modalities yet remain to be worked out. Probably post all that, Bhansali will declare.

This will mark Bhansali's fourth collaboration with Singh after a hattrick of successful blockbuster films in the form of Ram-Leela, Bajirao Mastani and Padmavat.

2 months ago Here we go again. He couldn't find any other actor? Anyway, not interested in his movies anymore.

2 months ago Like that's a shocker 😂 after taking movies from the late Sushant Singh Rajput it was given afterall to Ranveer, so that's nothing new. Just 2 weeks ago Kartik was spotted in SLB office then suddenly after two weeks his favorite Ranveer Singh.

+ 3
2 months ago Frankly am in no mood to watch SLB movies, the opulence and the extravagance post Covid for some reason seems so empty and wasteful. I lost all respect for this filmmaker when he didn’t even have the guts to stand up for his work during the mess before Padmavat. Ranbir has always said he will not work with SLB again becos he abuses, Kartik probably wanted more money than SLB was willing to pay and Ranvir seems like someone who gets a high out of abuse.

2 months ago Movie will fail miserably check out the original Baiju Bawra with Bharat Bhushan Ranveer singh does not fit at all for this role neither look wise or personality wise and acting wise. Bad choice