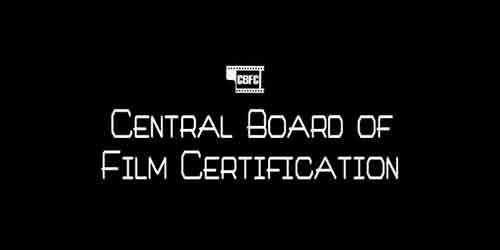 Members of the film fraternity have reacted to Central Board of Film Certification (CBFC) CEO Rakesh Kumar's arrest in an alleged bribery case saying the process is "politicised" and it's high time people with understanding of the craft are given the responsibility.

Kumar was arrested Monday evening. Before that, CBFC advisory panel member and an authorised agent for censor certification Shripati Mishra was arrested for allegedly demanding a bribe of Rs.70,000 for issuing a certificate to "Mor Dauki Ke Bihav", a regional film from Chhattisgarh.

Filmmakers reacted saying there's no reason to be shocked.

"I don't know why people are shocked. It's something we all know. This whole damn thing is politicised. People who have no love for cinema and those who have no fear are in this place. Let's not just blame the CEO for accepting bribe, there is a whole racket that's part of this game," "Hate Story 2" director Vivek Agnihotri told IANS.

The CBFC is a statutory body under the ministry of information and broadcasting to regulate public exhibition of films under the provisions of the Cinematograph Act 1952.

Agnihotri feels there's no need for a body like this.

"We don't have any censor board in writing books and poems since a lot of money is involved. But we (cinema industry) have this whole damn system. Censor board should be abolished and we should have some Directors' Association or Producers' Association from the industry (with people) who understand the dynamics of cinema.

"There should be self-certification. This censor board thing is ridiculous. I'm very happy that this matter has come out and I hope this is abolished," he added.

Filmmaker Hansal Mehta said: "This man's (Rakesh Kumar) position itself was questionable. The whole guidelines that CBFC follows, that itself is outdated.

"Unfortunately, for years this has been happening - the same people from different government services are placed in this position and they have no idea about art. This is ridiculous. We have to rehash the whole thing, and the government needs to pay attention to this."

"It's very unfortunate - whatever has happened, but I want to tell this when we were releasing 'B.A. Pass', Pankaja Thakur (former CBFC CEO) used to look after all this and she was very capable and had great understanding about cinema. So, I had quite a good time releasing my film.

"Whatever has happened is very unfortunate, but I can only say we should have people from art, literature, theatre, drama or from painting background at this place, and definitely not someone from a railway background," said Bahl.

Actor-producer Atul Agnihotri has another view.

"I have no issues with censorship. CBFC is an important government body and just because one person is wrong, it doesn't mean the whole system is corrupt. Now that this thing has come out, we can only hope there will be some implementation. I hope whoever is in this place (position of CBFC CEO), is aware of cinema and art," he said.