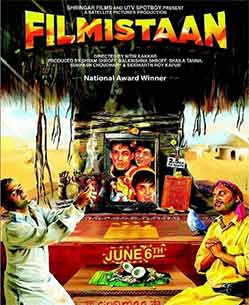 A small endeavour has turned out to be big for the first-time director Nitin Kakkar whose "Filmistaan", shot in just 20 days, has collected over Rs.5 crore in its second week.

The film, which also has been written by Kakkar, released June 6.