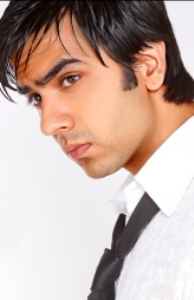 There was a huge fight that erupted recently on the sets of Zee TV's Preet Se Bandhi Ye Dori Ram Milaayi Jodi. We hear that Indraneil Goswami who plays father to Mona (Sara Khan) in the show usually has this habit of playing pranks on actors, but on the given day things went out of limits.

It so happened that he was playing a prank on Nikhil Sharma who plays the role of Aditya. The prank got a bit low in taste and this is when Nikhil got very upset.

Our source from the set says, "A triggering incident happened recently between two actors, Nikhil Sharma and Indraneil Goswami that lead to major tension. The fight happened when a certain prank got worse, and Nikhil Sinha who is new to the industry felt very bad, so much so that the two exchanged few punches too".

The fight grew to such great proportions that the cast and crew members of another show who were shooting in the adjacent studio came running to witness what had actually happened.

We called Nikhil Sharma and he confirmed, "Yes such an incident happened recently, but now we both are friends as everything has come back to normalcy. We both shoot our scenes and go back to our green room without any glut conversation".

We tried contacting Indraneil but all our efforts were in vain!

All we can say here is all is well that ends well.

10 years ago Love u sara glad u r on this show n this is finally getting some recognition. Sorry to hear about the pranks

10 years ago wow..sara give this unknown RMJ an identity..it was on TRP chart and also in no 5..wow, great success..Sara made it again..hats off to you Sara

10 years ago The innocent luv story is not the same anymore without Priyal....Sara luk so outdated no innocence in her....she doesn't suit Anukalp....boringgggggggggg me not watching anymoreeeeee

@supriya_5 and ardiat: as per the previous IF articles the first mona left because she did not have a professional behaviour on the sets.. she used to throw tantrums and was too childish for them so they replaced her with Sara (the new mona)..