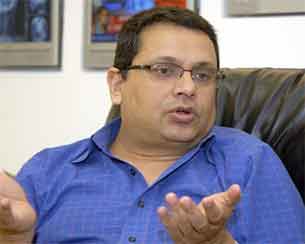 FRAMES 2014, starting March 12, will discuss issues from reforms and regulatory mechanisms to implementation of policies for social impact with requisite standards. Uday Shankar, chairman, FICCI M&E committee, says this is the best time for everyone to revisit their policies.

At FICCI FRAMES 2014, starting March 12, reforms, regulatory mechanisms and implementation of policies will be discussed.

"FICCI FRAMES 2014 will be an iconic and important because of the political backdrop ... elections are going to take place and there are chances that new political dispersion may come to power," Uday Shankar, also the CEO of Star India, told reporters Tuesday at the press meet.

"It's the election year and a great opportunity for everyone to revisit their policies. What can be a better year to bring different things to spotlight during electios," he said.

Big names from various fields will support the event.

"We are fortunate that we are getting support from top talents from different fields. This business is part of content and storytelling and stars are the faces of these content... we are extremely fortunate to have them," he said.

This edition is described as the landmark edition of the covention as it marks fifteen years of its inception with Australia as the partner country.

Filmmaker and co-chair of FICCI Ramesh Sippy says they will analyse the growth in the media and entertainment industry.

"Despite setting new records in the industry, the growth is not really seen on papers and we need to find out why. Why the result is not as much as it has to be? The potential is there, but we are way behind American films," said Sippy.