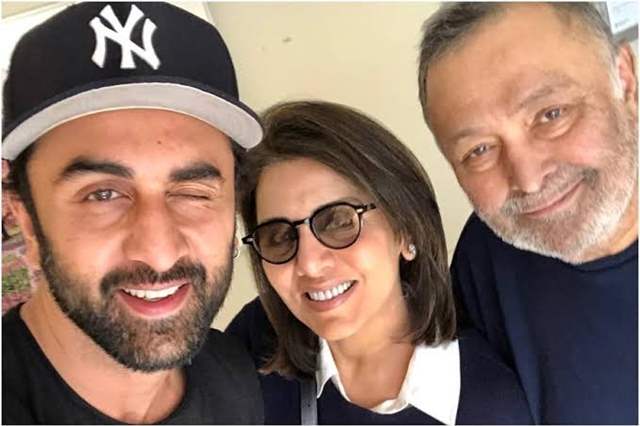 After a long break, Neetu Kapoor is back in action and all set to put on her acting shoes again. She will be seen in Raj Mehta’s film Jug Jugg Jeeyo, also starring Varun Dhawan, Kiara Advani, Anil Kapoor and Youtube sensation Prajakta Koli.

Karan Johar took to social media to announce that the film has gone on floors as he shared, “

Every elders blessing ....for a long and prosperous life #JugJuggJeeyo ...the journey begins today...with your blessings...”

Neetu is excited to be back on sets and shared a picture of herself while she gets her makeup on for the shooting. She remembered her late husband Rishi Kapoor and son Ranbir Kapoor as she gets back on sets.

In an emotional note, Neetu wrote: ''Back on set after so many years. To new beginnings and the magic of the movies. I feel YOUR love and presence. From mom, to Kapoor Sahab, to Ranbir always being with me .. now I find myself all by myself, feeling a little scared, but I know you are always with me. #JugJuggJeeyo #RnR''.

Earlier when Neetu jetted off with her co stars to shoot for this new project, she had penned a heartwarming note in memory of Rishi Kapoor. “While Kapoor Sahab, you aren’t here holding my hand, I know you are with me .. #RnR thank you for encouraging me to do this.. ???? #jugjuggjeeyo” she had written.

Rishi Kapoor had breathed his last on April 30,2020 after battling with cancer for the last two years.