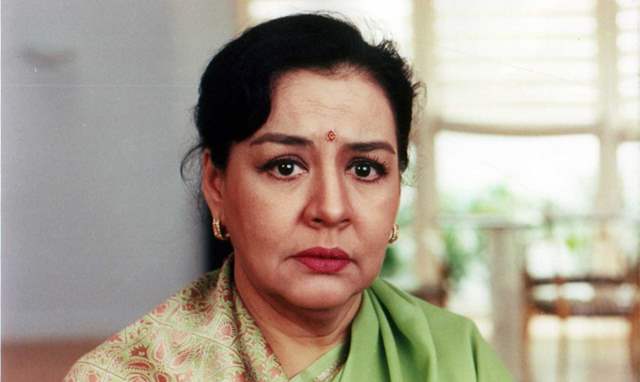 Veteran actor Farida Jalal is known to have taken the industry by a storm. She has been a part of some of the most iconic films in Bollywood including - Taqdeer, Bobby, Kuch Kuch Hota Hai, Dilwale Dulhania Le Jayenge, and many more.

Meanwhile, Bollywood has seen a plethora of issues recently, Jalal commented about the same during her interaction with Times of India.

Earlier, fellow actor Neena Gupta spoke about senior female actors being sidelined by the industry, a number of others have spoken about it. Farida also added how male counterparts like Anupam Kher and Paresh Rawal still get to play a variety of roles, while women are forced to play mother roles.

Farida Jalal said, “Look at the male counterparts- Anupam Kher, Om Puri and Paresh Rawal. They were cast opposite me. And now look at the fact that they have got to do a villain’s role, comedian’s role, lawyer’s role, doctor’s role. And their body language was so different in all. What haven’t they done? But what about the women? Why aren’t we given those opportunities?”

However, she also highlighted that she still loves the industry.

Jalal’s comment comes after controversies such as the ongoing drug issues emerged in Bollywood. She maintained, “I am in a happy space. I am happy that I have been around for so long. I love my life. I love my film industry. I hate what’s going on at this moment. I don’t want to get there but it hurts deeply because I am in love with my profession. Creative people are much better off in the rest of the world.”

Farida Jalal also spoke about the conversation reignited by Neena Gupta and the common perception of people thinking she has only performed characters of mother and sister.

For the uninitiated, the 71-year-old actress was also seen in a romantic role opposite Rajesh Khanna in Aradhana and did nurse the idea of being a film heroine.

She said: “Before ‘Aaradhna’, I had done Rajshri Productions’ ‘Taqdeer’ (1967). The Rajshri guys are from a different planet. They give you so much respect; everything in that company is something else. Aaradhna was my second film. Auditions un dinno mein hote hi nahi the. There were so many girls vying for the role. But when I finally was happy that I had got the role, let me tell you that I was nervous about romancing on screen. In that romantic song in ‘Aaradhna’ with Rajesh Khanna ji ‘Baago mein bahaar hai’ where I come out as a very coy girl, I wasn’t putting on any act. I was actually feeling very shy. So to answer your question, yes I did nurse that thought. But it didn’t happen.”

The iconic Bollywood film - ‘Dilwale Dulhania Le Jayenge’ clocks 25-years today. The film is known to rekindle love amongst teenagers back in the 90s and it continues to receive love from the fans even after two decades since its release.

The film saw Shah Rukh Khan and Kajol starring in this Aditya Chopra directorial. However, Farida Jalal’s character ‘Lajwanti’ made a successful impact on the audience as she was one of the common links between the two.

BB 14: Jaan's mother slams Nikki Tamboli for her comments on her son

Mukesh Khanna reacts to backlash on his sexist MeToo comments

BB 14: Kumar Sanu takes his comments back made against his ex-wife