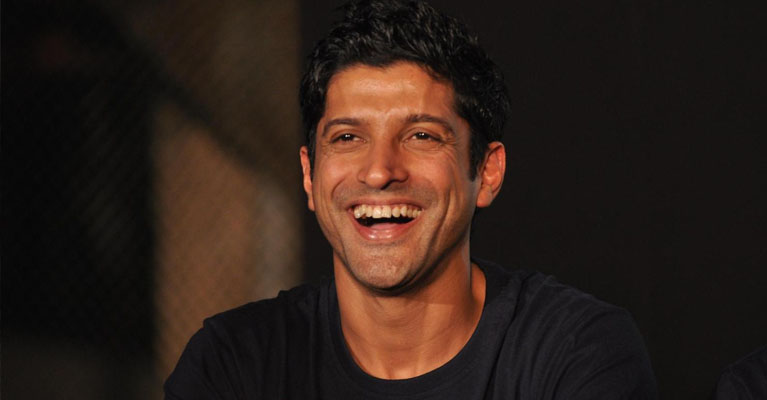 A noted Bollywood Actor, Director, Singer, Producer Farhan Akhtar is all set to host a show on small screen.
Zee TV and Essel Vision Production is coming up with a new reality show 'I Can Do It'. The concept of the show is inspired by a reality show from abroad. We hear that the show will popular TV faces as contestants where they will be asked to perform different tasks. After judging Nach Baliye 1 and hosting NDTV Imagine's 'Oye! It's Friday', Farhan is making a come back on television with this show.
We also heard that Saif Ali Khan was approached for the show too but things didn't materialise and the makers finalised on having Farhan as the host.
Watch out this space for more updates.
Ranjini Nair

MishaS 8 years ago This movie is gonna break all records... All the Best SRK.!! :)

+ 7
8 years ago luv you shahrukh..waiting for ur movies..
i m just waiting 4 ur untitled moive

8 years ago thanks for sharing...everything related to the movie gets me excited...SRK...luv u :)

8 years ago That great! It's good he finally got some nice rest and was finally able to put his phone on ring. hehe! :)

8 years ago I m so happy 4 srk's movie. Xtuly i m frm kashmir. It's a vry happy moments 4 kashmir pleople and even 4 SRK ,bekoz srk's were shoting in kashmir. I hope de movie vil be blockbaster movie.

+ 6
8 years ago ITS NOT aditya chopra, but yash chopra himself who is directing..