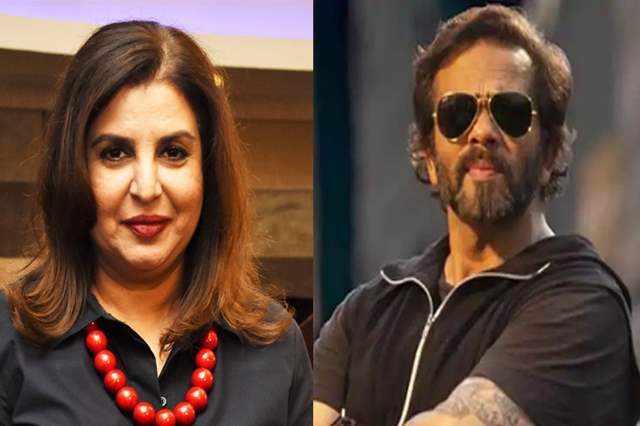 We also reported, however, that KKK man Rohit Shetty won't be available to host the first two episodes of the show.

So now, according to a report in Bombay Times, taking over from Shetty as the interim host is none other than choreographer and director, Farah Khan. The shoot of the special edition will be featuring Rithvik Dhanjani, Karan Wahi, Jasmin Bhasin, Aly Goni, Jay Bhanushali, Haarsh Limbachiyaa, and Nia Sharma. The source mentioned that Shetty is traveling to Hyderabad for the research of their next film and the channel and makers worked out a schedule in a way only that he misses out on a couple of episodes.

Gaurav Dubey, who we know for impressing with his gags on Khatra Khatra Khatra will be doing a similar role in this show and he opened up on the same with Times where he said, "Yes, I will be performing gags and seen in different avatars on the show. You might see me enter the scene just when a contestant is about to perform a task. I will trouble them and joke with them. I am sure it will be a lot of fun. I have already written a few gags and designed some characters for the show. Creative discussions are on and we will hopefully finalize everything soon. Those who liked me on ‘Khatra Khatra Khatra’, will enjoy my performance on ‘KKK’.”

MasoomaBukhari 1 months ago If KKK is bearable after stunts, it's because of Rohit only. Hope to see him back asap.

Nia_doll 1 months ago All the best Nia Sharma rock it

nishalluv 1 months ago So eager to watch Nia Sharma

NiaDiva 1 months ago So excited for Nia Sharma

maclean 1 months ago So so excited to watch Nia Sharma