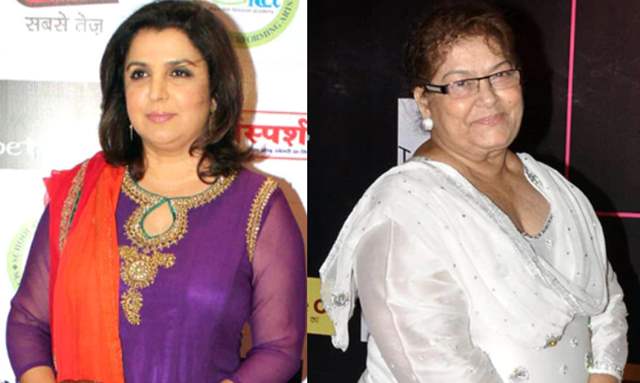 Saroj Khan has paved the way for many Bollywood celebrities and artists. She proved to be a stepping stone for actresses - Sridevi, Madhuri Dixit and many more. The legendary choreographer even took Farah Khan under her wing and helped her hone her skills and the talent she possessed. She breathed her last on Friday after suffering a cardiac arrest at the age of 71 and her daughter said that the prayer meet would be held within three days.

During a recent interaction with Hindustan Times, Farah Khan remembered her Master ji and said Saroj Khan who paved the way for her in Bollywood and saved her from gender discrimination.

Saroj ji was an inspiration to many, myself included. I always said that I didn’t face any gender discrimination when I entered the industry because the reigning choreographer (Saroj Khan) was a woman and a formidable one at that. Saroj ji’s songs are some of the most legendary pieces of choreography ever seen in Indian cinema. And that is her legacy for generations to come. My deepest condolences to her family.

She added, “She was a powerhouse of talent and had sheer understanding of Bollywood. From Ek Do Teen (Tezaab), Hawa Hawaii (Mr India) , Na Jaane Kahan Se (Chaalbaaz), Dola Re Dola (Devdas) and countless others. Some of my favourite choreographed songs have been done by her. She had a knack of technique and expressions that very few of her generation had.”

Earlier, this morning Farah took to her Twitter handle and expressed grief over the sad demise of Saroj Khan. He Tweet read: “Rest in peace Sarojji.. u were an inspiration to many, myself included. Thank you for the songs #SarojKhan”

Saroj Khan was admitted to a hospital in Mumbai on June 20 after she complained of breathing issues. She passed away due to cardiac arrest and the last rites of 71-year-old choreographer were performed today at Malvani, Malad.

Eva Green Slams Back at Allegations That She Killed The ...
45 minutes ago