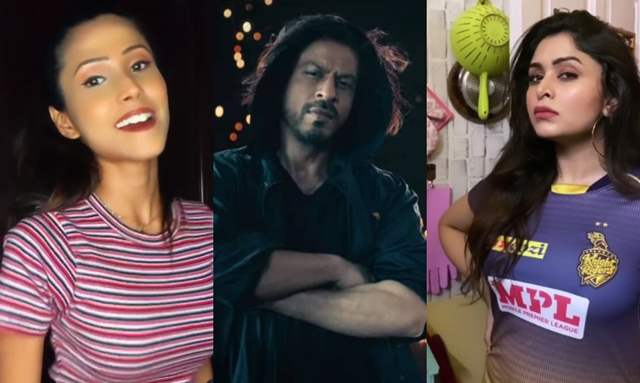 Kolkata Knight Riders have been a part of the Indian Premier League since the very beginning and fans have been rooting for them with their anthem, which says 'Korbo Lorbo Jeetbo Re.' While that continues to be the spirit that they enjoy, Shah Rukh Khan unveiled the new fan anthem for KKR and it is called Laphao, which means to 'jump'.

The anthem is composed and written by Badshah, and while it features SRK himself, it has some highlights from the matches over the years along with fan reactions as well. While SRK launched the anthem yesterday, the lyrics seem to have struck a chord with all the KKR supporters and they have taken to social media to celebrate it. The Laphao Challenge seems to have become a thing on social media and creators have gotten creative with the same!

One of the reels has actress Ritbhari Chakraborty give the challenge a different kind of twist while some others have brought about a fun angle to it as well. One thing that has been a constant in all the reels is how they have this never say never spirit and the attitude to win it, one that is also the gist of the Laphao anthem!

Check out some of the reels right here:

While it has only been a couple of hours since the anthem, the creators have managed to bring together #MyIPLReel and the #LaphaoChallenge together, which makes us wonder, just how many more are about to follow throughout the day! KKR will be playing its next match with Royal Challengers Bangalore (October 21, 2020) and well, it sure is a crucial match for the team and so, the reels come across as a wave of fresh air to keep up the support and cheer on!

How do you like the Laphao anthem for KKR? Drop your comments below!