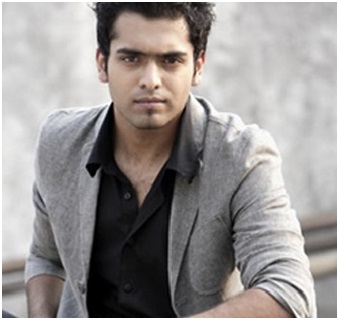 Faizan Khwaja who is being loved for his role of Zaid in Zindagi's ongoing show Ladki Hona Gunaah Nahin credits his acting capabilities to his film, television and theatre training which he received in India from the prestigious Whistling Woods International in Mumbai.

Holding a specialization in acting and editing, Faizan's training in India was under the meticulous guidance of film & theatre stalwart Naseeruddin Shah. While in the country, Faizan also had the privilege of training under renowned names like Ratna Phatak Shah, Arvind Pandey, Kenneth Desai, Benjamin Gillani and Randeep Hooda. One of his prominent projects during his time at Whistling Woods was a diploma film with popular actress Riya Sen and actor Raj Zutshi.

The tall, dark and handsome Faizan is touted to be the next big thing from across the border.  Faizan as Zaid, a journalist who feels very strongly for his profession and is quite intensely opinionated, is getting rave reviews for his performance. Zaid is a helpful person and always runs to Amara's rescue whenever she needs help, support or guidance from him. He falls in love with Amara, but sacrifices his feelings and steps aside letting Amara take the decision.

Ladki Hona Gunaah Nahi is the journey of Amara's self-discovery and her courage to fight evil, where she doesn't suffer just once but she relives the agony and the humiliation over at every step in her life.

Catch Faizan as Zaid in Ladki Hona Gunaah Nahin every Monday to Saturday at 10.30 PM only on Zindagi

“She was an inspiration for the entire country”: Sukhmani Sadana ...