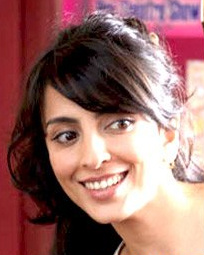 1. Her original name is Punarnava Mehta. She changed her name to Pakhi for her debut film, Yeh Kya Ho Raha Hai.

2. She is married to director Abbas Tyrewala. They met during the filming of Jaane Tu Ya Jaane Na, in which she was the casting director.

3. Pakhi's Mother was Imran Khan's teacher in school & she had recommended him for the casting in JTYJN. So Bollywood owes Pakhi a great deal for finding Imran!

4. She is an amazing cook & specializes in Italian cuisine.

5. Since childhood she wanted to be an actress. She was an "Art of Living" Instructor.

6. She loves reading fantasy fiction. It's said that she refuses to eat or drink before she's done reading! There's one avid reader for you!
7. Surprisingly, she likes playing sports but watching them on television is a big no-no for her!! 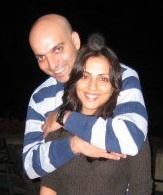 8. Her father was a writer and a journalist, and her mother is an actor who has also taken up teaching at NSD.


8. She is so out of touch with technology that even the usage of a computer or email is alien to her.

9. She made a short film before doing Jaane Tu...  & now she is the lead actress of the film Jhootha hi Sahi, opposite John Abraham.

10. She is also the story writer of the film Jhootha hi Sahi.