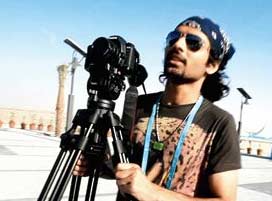 If anyone of you thought sports-based movies were a well-explored topic in Bollywood, debutant director Zaid Ali Khan wants you to think again as he showcases an athlete's struggle in his movie "Khwaabb".

The promos of the independent movie, which deals with the struggle of two sportspersons trying their luck in swimming and athletics, was launched here Thursday.

The movie is based on the journey of two individuals, trying to make a mark in athletics and swimming as they dream to win Olympics for their country. The director calls the journey a rollercoaster ride for him which took two years to get helmed.

"It's been a rollercoaster ride since we started 'Khwaabb', but my team has been brilliant and immensely dedicated to this independent film project," says 23-year-old Zaid.

"It was a real challenge to shoot some underwater sporting action in India. But we could capture some scintillating action with the experience of Aharon Rothschild, our cinematographer from USA," he adds.

Set in a backdrop of a village, the movie has been shot at seven different locations of Morna town (Uttar Pradesh), cities of Jamshedpur, Jalandhar, Ludhiana, Delhi, Faridabad

and Dubai with about four crore rupee budget.

Present at the launch of the movie's promo were celebrities from sports world -- former Indian cricketers Kapil Dev and Bishan Singh Bedi and filmmaker Bobby Bedi from the Bollywood.

"Whatever I saw, all I can say is that I am happy that people have started making movies on sports. This is the biggest victory for us. If you don't have a dream, you cannot reach anywhere. I would love to see more sports stories coming up," said Kapil said.

Produced by Moraad A Khan, father of Zaid and a sports shooter and Arjuna Award winner, the film stars debutant Navdip Singh and newcomer Simar Motiani in the lead role, supported by actors Bajrangbali Sing and Nafisa Ali.

The movie is slated to be released this October. 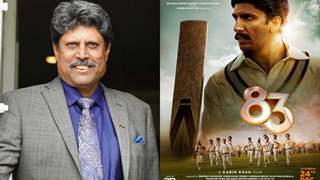 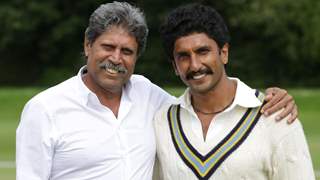