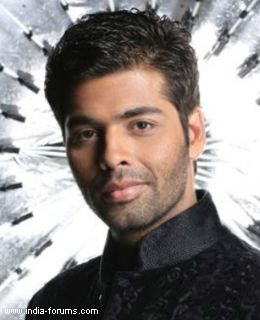 New Delhi, Sep 3 Though he hasn't planned anything for the future, Geet Sagar, winner of music reality show 'X Factor India', is enjoying his moments of glory and itching to lend his voice for a Karan Johar film.

As the winner of the show, Geet has bagged Rs.50 lakh, a Tata Manza car and an opportunity to sing a song in a Karan Johar film. The show, aired on Sony, was judged by Shreya Ghoshal, Sonu Nigam and Sanjay Leela Bhansali.

'I am really looking forward to singing for Karan Johar. It's exciting because people work so hard to get a chance to sing for his film, and I feel blessed I have got an opportunity so early. I hope to make everyone proud,' Geet told IANS on phone from Mumbai.

A mass communication graduate and an ardent music lover, Geet used to work as a Radio Jockey for Lemon 91.1 FM before getting selected for 'X-Factor India'.

Geet, who comes from an army background, calls his three-month journey in the show 'difficult but adventurous'.

'It was difficult but I am glad all my hard work has paid off. I feel touched and humbled. Now the responsibility has increased and I hope to make everyone proud in future,' Geet, who hails from Gwalior in Madhya Pradesh, said.

'The journey so far has been adventurous. I had good times and bad times and faced some tough competition but I kept fighting rather than being egoistic. There were times when I felt low but I pulled myself and overcame it,' the 27-year-old said.

Geet, who was in Shreya's team, credits the singer for his victory. 'Shreya has been a wonderful mentor. She has been with me through thick and thin and I could come so far only because of her,' said Geet, who was one of Shreya's favourites on the show.

He might have won the show and hearts alike, but Geet says he will continue learning music.

'I am a learner and will continue learning music. When I came here, I knew nothing about it but I learned a lot from this platform. There have been people who have given their lives to music and I hope to learn more,' he said.