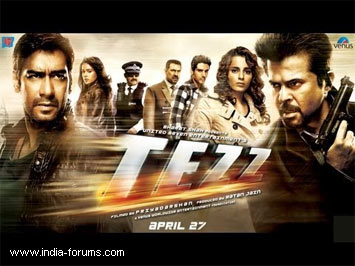 After acquiring the overseas distribution rights of Priyadarshan's action thriller "Tezz", Eros International is set to distribute the movie in India too. The movie releases April 27.

"We are excited to be associated with a Priyadarshan film. The promos have evoked positive reactions and we are anticipating an encouraging response to the film," Nandu Ahuja, senior vice president, India Theatrical, Eros International Media Ltd, said in a statement.