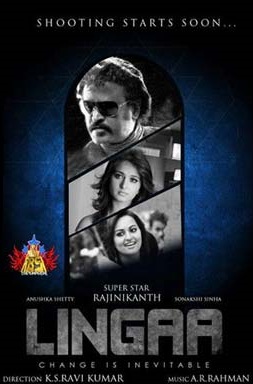 K.S. Ravi Kumar-directed "Lingaa" will simultaneously release in Telugu as well as Hindi.

"We are delighted to present and release worldwide superstar Rajinikanth's much anticipated film 'Lingaa'. Audiences across the globe keenly await his first live action film after the blockbuster 'Enthiran'. There's a huge buzz for the film in the trade and we are very excited," Sunil Lulla, managing director, Eros International Media, said in a statement.

The audio launch of "Lingaa" in Tamil and Telugu is scheduled to take place here Nov 16. At the event, the trailer of the film will be unveiled.