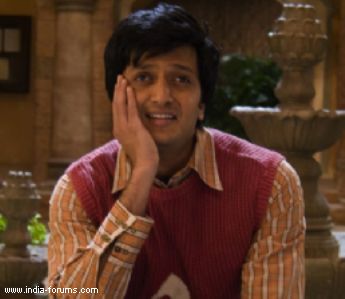 He is the quintessential comic actor of Hindi films but now Ritesh Deshmukh, whose sequel to "Masti" will soon go on the floors, says he plans to stop doing sequels and try to be part of drama and crime thrillers.

"My next film will be 'Masti 2'. I will start shooting in the first week of August," Riteish told IANS. He will team up with the original cast - Vivek Oberoi and Aftab Shivdasani in part two.

"It is myself, Aftab and Vivek in the film. It's my fourth film with Indra Kumar I feel like I am married to him," Riteish, 33, said.

Besides comedies, Riteish has been associated with sequels and says he plans to move on. "This is my third sequel and then the fourth one will come, then I will stop doing sequels because all the comedies that I am doing are sequels - 'Kyaa Super Kool Hain Hum' (a sequel to 'Kyaa Kool Hai Hum') and 'Masti 2'. I have not done a new comedy."

The actor also featured in the recently released "Housefull 2", but he claims that he is not been typecast after playing so many comic roles.

"In fact, in my case, it has been the other way round. 'Tere Naal Love Ho Gaya' happened and it was a rom com where Genelia Dsouza is more aggressive character. Thankfully, it worked."

"Obviously these series of films that I am doing are sequels, they are brands and they are bound to be comedy. After these films things have changed because people's perception has changed so now I am looking forward to do one drama and one crime thriller."