Naturally, there are numerous types of characters in Bollywood. The over-the-top mothers, the brooding, angry young men, the die-hard romantics and inevitably, the disapproving parents - all characters cover a full range of emotions and representation of people. Among them are the happy-go-lucky characters, who see the world in a glass half-full kind of way. These optimists are those who manage bring a smile on the faces of the audience, as well as the other characters without even trying.


These characters usually mark their names in our memories, so in our concluding feature of Emotions, BollyCurry presents a few such characters that we truly enjoyed watching on the silver screen.
Anjali - Kabhi Khushi Kabhie Gham (2001) 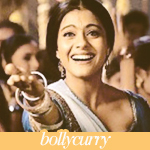 It is probably safe to say that Kajol Devgn as Anjali is a role almost everyone is familiar with. Her role as the bubbly girl who talks a little too much; a little too loud and a little too fast had not just Shah Rukh Khan's Rahul falling in love with her, but audiences everywhere as well. She was sometimes brash, sometimes clueless, but always joking about and smiling - and in every moment she was on screen, it was evident that she was a character full of heart and good intentions. Lovely in all ways and keeping a smile on her face despite the hard times, Anjali is possibly one of the most cheerful characters in Bollywood.
Geet - Jab We Met (2007) 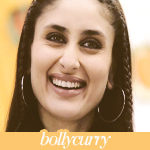 Geet (Kareena Kapoor Khan) was the polar opposite of her onscreen counterpart Shahid Kapoor's Aditya. She was bright and optimistic while he was downcast and pessimistic, and perhaps it was this contrast that captured hearts everywhere. Sometimes, she talked a little too much and listened a little less, but she was good at heart and loving to a fault. Her desire to find enjoyment in every bit of life was something everyone could use a little of; and the audience was rooting for her to find that spark again when she grew sad and withdrawn. Geet was fun and funny and undoubtedly, very enjoyable to watch.
Veera - Dil Bole Hadippa (2009) 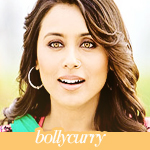 Some of the exuberance of Rani Mukherjee's character Veera seems off when translated to her alter-ego Veer Pratap Singh, but that, in BollyCurry's opinion, is part of the fun. The energetic woman is bubbly and plucky and at the same time, full of dreams and the certainty that she has the right to achieve them. One can learn quite a bit from her strength of character. Even when troubles come her way, she keeps going with the conviction that she is not wrong and a joke is ready to be cracked. A tad more stubborn then the others in this list, Veera is still undeniably optimistic and a ray of sunshine.
Meeta - Hasee Toh Phasee (2014) 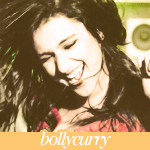 Despite having gone through a rough phase with her family going against her wishes, Meeta (played by Parineeti Chopra) did not leave a single stone unturned to make her dream come true. In the movie Meeta is described as a scientist in-the-making, who is immensely intelligent. From cramming the hardcore chemistry and physics to the generic mix and match style, Meeta was a girl full of life. She found happiness in the smallest of things so that she could keep herself away from the reality of life. There aren't many people who have the courage to keep a smile on their while they are broken from the inside, but Meeta is an epitome of an example for this. She would talk non-stop just like a radio and spread smiles everywhere she went.
Ali - Dhoom (2004) 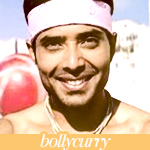 The lone male character on this list would be Uday Chopra's fast-talking and ever dreaming Ali. Say what you will about Uday Chopra's acting, but if you say that you did not enjoy his take as the small-time crook, this writer can no longer be your friend. He was quick with his speaking, but he's slow with the thinking and thought himself to be a great flirt and conman, when in truth he was soft-hearted and cheesy and too full of life and naivety to be anything but a good guy. He was entertaining and over the top at times, however, one could not help but enjoy his overactive imagination. Paired together with Abhishek Bachchan's long-suffering Jai, they were ying and yang, contrasting and complementing and a special joy on the screen.
These characters are a bright light in their worlds, bringing hope to their friends and family and a smile on all faces in the film or the ones watching the film. Love is their belief and the conviction that good happens to good people. They encourage audiences to believe in the same and be positive in life. These are some of the most wonderful characters to watch on screen on a bad day, in this writer's humble opinion.

Who are some of your favourite happy-go-lucky characters? Be sure to let us know in the comments below. Until then, feel free to catch one of the aforementioned movies to kick start your weekend.
Writer: Aradhna K.
Editor(s): Mohini N. and Sonia R.
Graphics: Shikha A.

Have a suggestion or comment for BollyCurry? Drop us a PM at BC_Dropbox today.
10 Likes