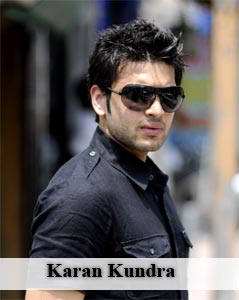 Ekta Kapoor’s hunt for her leading lady in NDTV Imagine’s Kitani Mohobbat Hai is still on!!

“Though the promos of the new show have been on air for quite sometime now the lead lady has not been finalized yet”, quips our source from the production house.

Ekta Kapoor plans to recreate the magic of Sujal-Kashish of Kahin Toh Hoga from her lead pairs of this show. Though Karan Kundra has been finalized as male lead, Ekta has not been able to get her Kashish look-alike, who could appeal one and all with her innocence”, quips our source.

As reported earlier by Telly Buzz, a new girl Chethna Pandey was short listed for the above role earlier, but it looks like Ekta prefers to play the waiting game and get the best face for her show.

“Auditions are in full swing and we hope to get the girl very soon so that there is no more delay in the launch of the show”, concludes our source.

Well, wonder who will provide Ekta with the charisma of Aamna Shariff now??

sujal_kashish 11 years ago no one can match the chemistry and looks of rajeev and aamna!
no look likes can bring back the same magic!
it only happens once and they lighted the screen up with their every single appearance!

Amita22a 11 years ago Aamna she is a good actores and no one like him sorry ekta ji and rajiv hi is dam good looking gay so aap ko un ke jasa kohi nahi milly ga.

rattler 11 years ago i have seen rajeev khandelwal .. he is good .. but Karan Kundra has his own charm.. i am sure he will rock ekta''s kitni mohobat hai ..

Love_Mehak 11 years ago i soo agree the original sujal-kashish chem cnnot b created again!!!! they were a great couple!!!!!

loveuRD 11 years ago sujal-kashish were an awesome pair....i dont think their chemistry can ever be recreated...other good jodi brought up by Ekta was Eijaz and Anita...they looked really good togher...GOD BLESS THEM!!!

Priyanka Chopra praises Sonu Sood as UNDP confers him with ...
a minute ago