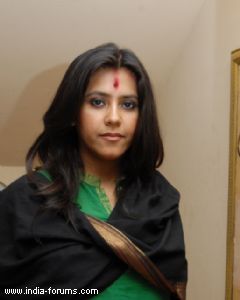 TV czarina Ekta Kapoor, who has teamed up with STAR Plus for her new show "Ye Hai Mohabbatein", hopes to create the same magic with the entertainer that she had done with her past shows on the channel.

"My association with Star goes back a long way. We have together celebrated many successes and created iconic characters through generations. I look forward to working with them closely on this show and I am sure that the viewers will accept Ishita and Raman (characters of new show) into their families, Ekta of Balaji Telefilms, said in a statement.

'Ye Hai Mohabbatein' is an urban story of two Delhi-based neighbours - Iyers and Bhallas, who have a conflict prone relationship. But things take an interesting twist when the Iyers' dentist daughter Ishita and the Bhallas' businessman son Raman find themselves attracted to one another.

The show goes on air on December 3.

Talking about the show, Gaurav Banerjee, general manager, STAR Plus, said: "We are delighted to partner with Ekta once again. The story she has brought to us is urban and contemporary.

"This love story begins after a marriage gets over. It explores the theme of a second chance in love. With well etched characters and a strong urban narrative, the show deals with day-to-day issues faced by modern couples. We are positive that our metro audiences will see a connect with Ishita and Raman and follow their story."

AnkitaKaran 6 years ago U r the best Karan Patel...

lara3110 6 years ago Thank you for this serial and for bringing back Karan Patel. Loving it already. Bless you.

Angelicprinces 6 years ago I was eagerly waiting for this show to go on air because of Cezanne Khan.I was really heartbroken after watching the promos.The wait wasn't worth it sigh!

ilovepyaar 6 years ago Only saw Karan in KZK for a few episodes. Did not like him. But that was years back so I'll give him another chance. Love Divyanka, she's a really good actress and cute too. I wish Cezanne hadn't been replaced. Anyways, the story seems interesting and whether we like it or not, Ekta's shows are actually quite entertaining (albeit in silly ways). I'm going to give this a chance for sure!

sehaforever 6 years ago I was want to watch this show just for cez but as he left this show i also left it ... But i don't understand why she take karan as cezanne's replacement instead of other good actor (just my personal opinion) but i wish to divyanka all the best as its her comeback on tv ... Divyanka is beautiful & good actress too ...

Arjun Bijlani on music video with Reem Shaikh: I feel Ishq ...
9 minutes ago

Malaika Arora shares her biggest challenges upon Testing ...
42 minutes ago