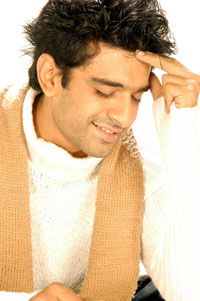 He is one of the most sought after actor on the small screen. But, for a while now, the Balaji loyalist Eijaz Khan has been lying low. After creating buzz with his marriage to co-star Anita Hasnandani (of Kavvyanjali fame), the actor hasn’t signed any new serial so far, except for a cameo in Balaji’s Kayamath.

Reportedly, the actor has signed a three film deal with Pritish Nandy Communications (PNC). Ask the actor about it and he says, “I am doing Meera Bhai Not-Out at the moment with PNC and its going to be a subject with a difference. There are more film projects lined up but it’s quite premature to speak about them at the moment.”

So, does that mean the actor has given up on the small screen front? Eijaz is quick to clarify, “No, that’s not the case. I have been associated with the small screen for more than 10 years now and a small hiatus in between should not mean that I have decided to quit the medium.”

The actor is planning to start some new TV projects in the coming time apart from his film commitments. He adds, “In a month’s time from now, you might see me back on the TV screen. Though I haven’t approached anyone so far, but I am keen on doing a new TV show.” So, would Anita be part of that show too? The actor says, “She may or may not be, nothing can be said with certainty. You have to wait for a month to get the details on that.”

Nivedita Basu: Eijaz Khan has gone through a lot in his childhood

Shezzy12 13 years ago haha i love the wayy he teases.
“She may or may not be, nothing can be said with certainty. You have to wait for a month to get the details on that.”
Loveyaeijaz x

-Jwalamukhi- 13 years ago It's been 4 months that I havent see him so will be wating.

o|oNaTaShAo|o 13 years ago Aww... really waiting to see him soon

rahmata 13 years ago awww cant wait 2 see him. thank god my favourite actor is coming back
it was soo boring without him
see u soon eijoo

abd_20 13 years ago I am extremely happy!!!!!!!!!!!!!!!
FINALLY I CAN SEE MY KING KHAN OF SMALL SCREEN!!!!EVERYTHING EVERYTHING WAS BORING ON THIS IDIOT BOX AS NOW MY PRECIOUS EIJOO IS BACK NOTHING WILL BE BORING FOR ME!!!I HOPE HE COMES BACK WITH A BANG!!!

sweety_1089 13 years ago thanks for sharing this information

arshisangel 13 years ago i ma very happy tht ezaz is comin back on tv screen again.i was missing him.welcome back ezaz.

chhotidi 13 years ago omg i am so happy that my favorite star is back.i will wait for this show.